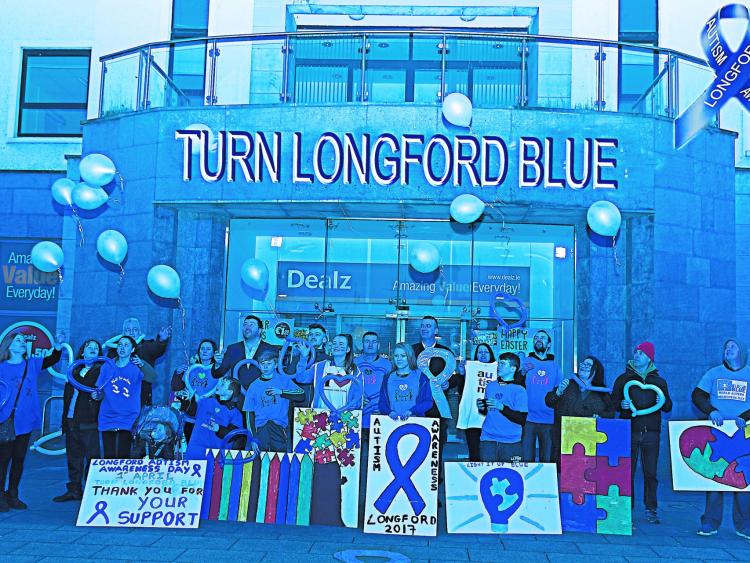 It's that time of year again when Longford will be transforming itself into a sea of blue as it plays host to a special autism awareness fundraiser.

In what will be the fourth annual staging of the aptly named “Autism Awareness Turn Longford Blue 2018' campaign, locals are being asked to turn out in large numbers and support what is a most worthy and deserving of causes.

This year's event takes place this Saturday (April 7) and like previous years a pop up shop along Grafton Court will be in operation from early morning.

Among the many treasured characters pencilled in to make an appearance are Mickey and Minnie Mouse while there will also be face painting, a raffle and hand made autism jewellery on hand.

Volunteers are also being asked to play their part in a bucket and bag collection in an effort to raise much needed funds.

The following Saturday (April 14), Ballymahon will be the centre of attention for a 'Walk the Walk for Autism' fundraiser.

Anyone wishing to take part and help out at either event is asked to contact Ann O'Leary at 086 0898489 or email annoleary@ymail.com