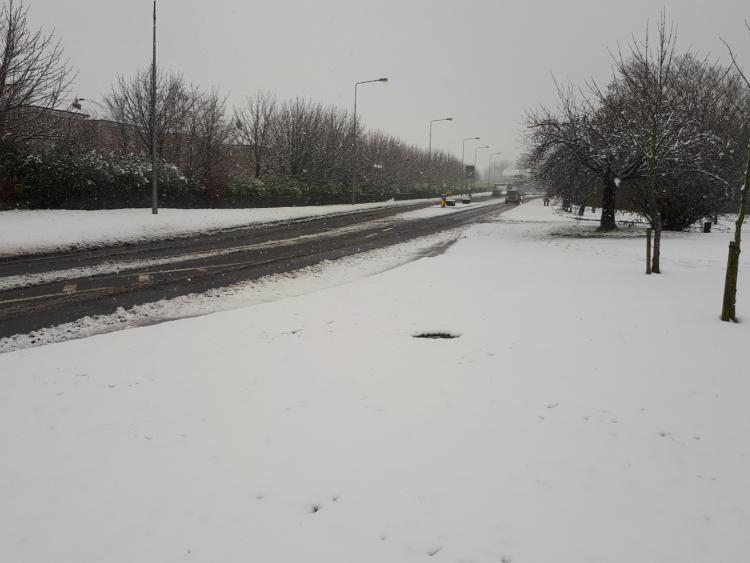 Met Éireann has upgraded the severity of its weather warning after more extensive and heavy snow fell across Leinster than expected.

The forecaster did not include Laois, Kilkenny or Carlow and the other counties in its original alert until 10am on Sunday. This changed due to the worsening conditions across Leinster overnight and into Sunday.

The forecaster says "occasional heavy snow showers will continue and will lead to further accumulations and some drifting".

The warning was issued at 10.02am on Sunday, March 18 and is valid until 6am Sunday.

Several events have had to be cancelled as a result of the weather including sports events.

❄️️Snowy conditions have been reported on routes in several counties including Carlow, Kildare, Longford, Monaghan, Wicklow and Waterford. Slow down and take care in poor conditions. ️❄️

See https://t.co/PSzIBsvOzE for the latest updates during the Bank Holiday Weekend pic.twitter.com/IyN1349rX1

Roads are treacherous  but the M7 and M8 motorways remain passable.

Met Éireann tweeted at 10pm on Saturday warning of 'significant accumulations' of snow on Saturday night into Sunday morning.