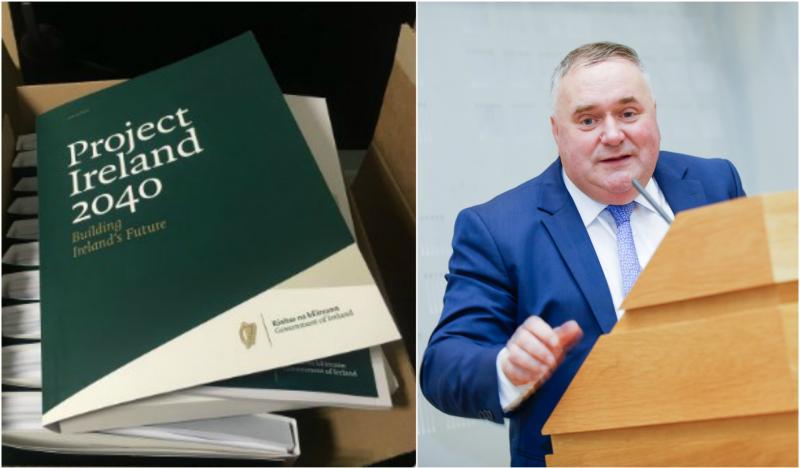 Fianna Fáil TD for Roscommon/Galway Eugene Murphy has slammed the much hyped Project Ireland 2040 as nothing more than a marketing campaign to promote a government which has failed to meet its own targets to date.

Deputy Murphy stated, “The NPF (National Planning Framework) & NDP (National Development Plan) launch is one of the most cynical political launches in decades. It is being launched with an unprecedented marketing campaign, this NDP promises €116bn this government cannot deliver. We have already seen how their Housing, Broadband and Health Plans have failed to deliver.

“In recent weeks we have seen the haphazard, last minute changes fail to address the serious concerns around balanced regional development. The North West Region was ignored in the first draft. They have now attempted to cover up their failings in rural Ireland based on the failed LIHAF model. All the while the plan does not tackle any issues in the short and medium term.

“The government’s record of over promising and under delivering undermines the media blitz over these new plans. In reality it is delivery on real needs rather than broad promises and sweeping commitments that matters.

He concluded, “The National Broadband Plan was launched to much fanfare in 2011, yet there are more than half a million homes and businesses which will not have high speed access before 2023. The Rebuilding Ireland Plan, which promised over 3,000 direct builds in 2017 delivered fewer than 1,000 homes. Initiatives in health, transport, education and agriculture have all been victims of a government which over promises and under delivers.”