No show like the Holiday World Show: Plenty of interest in Longford Tourism stand 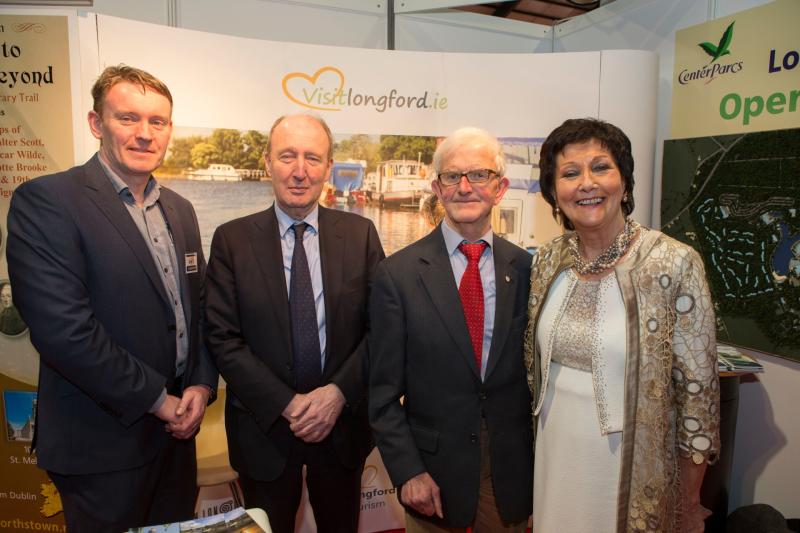 The Holiday World Show Dublin, which took place at the weekend, saw in excess of 38,000 people at the RDS Simmonscourt where they received expert travel advice, show-only deals and tips on the top places to travel to in 2018, including Co Longford!

Organiser Maureen Ledwith said the increase in numbers from last year indicated the popularity of the award-winning show and how it holds strong when it comes to holiday options.

Chairman of Longford Tourism, Cllr Micheál Carrigy (FG) said the Longford stand, at the event, attracted lots of interest, and local representatives were provided with a wonderful opportunity to chat one-to-one with people about the county.

“We spoke about Center Parcs Longford Forest, the canal development and all the festivals we have now in Longford; we were received very well,” added Cllr Carrigy.

“People chatted about the attractions that we had in Co Longford, and looking forward, we are focused on a number of things including the opening of the Granard Motte Centre.”

Representatives from Taste of the Lakelands were also on hand to provide interested parties with a sample of all the delights from this region.

“The launch of the new brand name for the region is on the way as well so there lots of positive and exciting things happening for Longford and in Longford,” added Cllr Carrigy.

“It’s about getting that information out there so people know they can come to this county and have a really enjoyable experience when they are here. “I want to thank Maureen Ledwith and all those people from Longford who gave of their time to support the event in the RDS last weekend.”