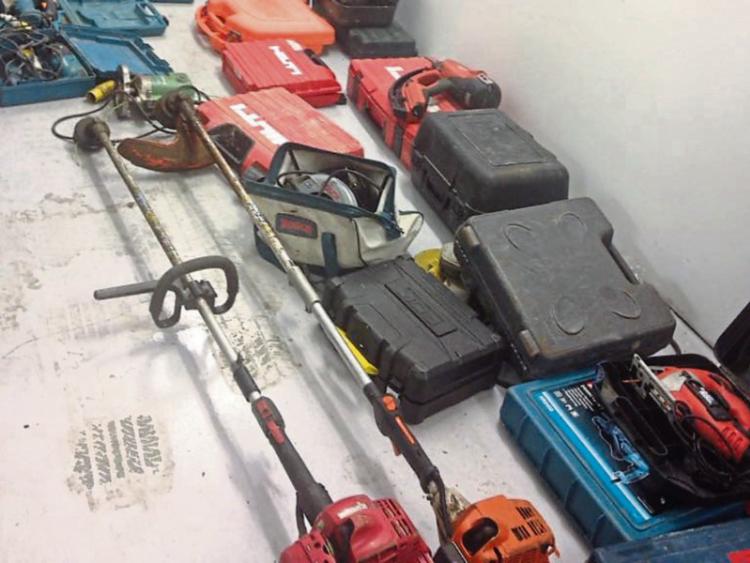 Gardaí that have made seizures of stolen tools in recent months say they are continuing to police one of the biggest local markets, the well-known Clara market.

Sgt Graham Kavanagh said the Division is similar to other areas with tradespersons having their vehicles broken into and tools stolen.

“Thefts usually occur overnight where vehicles are parked at home or in carparks. Tools are stolen in daylight hours too - this is commonly from building sites or other work locations," he added.

“Our crime prevention advice is too remove property from vans overnight or parking in such a way that rear and side doors cannot be opened. Or in well lit areas where there is CCTV. Marking of property also helps us get property back to the owners,” he said.

The garda said they raise awareness with tradespeople and work with markets.

“We continuously work with the operators of Clara market (in Offaly). The market is visited regularly by uniform and plain clothes Gardaim who in the past have used surveillance to combat the sale of any type of property that contravenes the law, including tools. Over the past five months we have had at least half a dozen tool seizures, resulting in prosecution and have returned property to their owners,” he said.

“It has to be noted that there would be no demand for stolen property if people did not buy such property. Your bargain might be another man’s business and might result in a criminal charge if An Garda Siochána find you in possession of the property. If the offer is too good to be true then the item is either stolen or counterfeit," he said.