Longford communities urged to attend 'No to Derryadd Wind Farm' meeting in Lanesboro on Monday, January 22 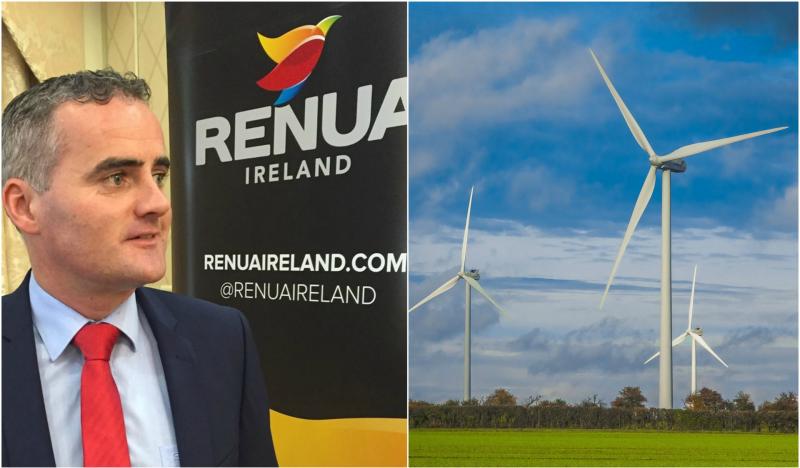 During proceedings, an update on the Community Group meetings with Bord na Móna will be provided as will further information on the negative impact of wind farms and the plans going forward.

Everyone is welcome to come along on the night.

Local TDs and public representatives are also requested to attend.

Meanwhile, RENUA Ireland has warned the government it must face the reality that wind farming in Ireland is a failed experiment.

The party was commenting following the visit by Climate Change and Environment Minister, Denis Naughten TD and Justice Minister Charles Flanagan to the controversial Eirgrid site in Ratheniska.

RENUA Ireland Leader John Leahy said: "The story of Ratheniska epitomises the story of the failed wind-power model in Ireland and of the arrogance of state institutions such as Eirgrid.

"Local farmers and families have in this case battled with Eirgrid for almost nine years over the controversial development.

"They contend that the site works at Coolnabaca have resulted in serious breaches in planning law and we agree. This is yet another example of small rural community that are under siege from Eirgrid and their cronies the wind farm developers.

"Minister Naughten too has failed also in his prior commitments to address the issue of setback distances, something he reneged upon once he flip flopped on his pre-election promises and opted instead to prop up this minority government in return for a place at the Cabinet trough.

"The robust opposition of rural communities to these vanity projects and heavily subsidised windfarms is not nimbyism as their merits and sustainability on ANY economic or environmental metrics have been sundered by eminent economists such as Colm Mc Carthy and Cormac Lucey.

"The concerns of the rural community in Ratheniska, Timahoe and Spink centre on health, the visual amenity of the landscape and the environment but most particularly that the construction is taking place at the location of a regionally important aquifer, which is the source of domestic water supply for up to 8,000 residents.

"When unauthorised works commenced at the site in April of last year, the community was shocked and incensed.

"The community are properly concerned over the consequences of the construction works, drilling, excavation, pouring of concrete and infringement onto a vulnerable water table and domestic source.

"They are properly angry at the scant regard to health and safety, and the basic planning conditions set down.

"Eventually the community intervention led to the works being halted but understandably, given that the matter had to be taken to the floor of the Dáil for resolution, local figures say they have no confidence or trust whatsoever in Eirgrid.

"There is something all too typical about the view of this community that Eirgrid have abused their semi-State status and broken all trust that was afforded them.

"This sub-station is just one of a country-wide legacy of unstable, unsafe and unsuitable projects that are the legacy of Eirgrid and wind-farming.

"In this case the anger of the people has been enhanced by the change from the original proposal for a single 110kw reinforcement power line to Ballyragget which was then transformed into plans for a massive €110 million facility to cater for 17 hi-voltage power lines.

"This arrogance towards rural concerns is just one example of how Eirgrid and wind-power has failed the people.

"It is a failed economic and social project which is the renewable energy equivalent of fracking.

"RENUA Ireland stands with the people in Ratheniska and all other small rural communities who oppose these developments."