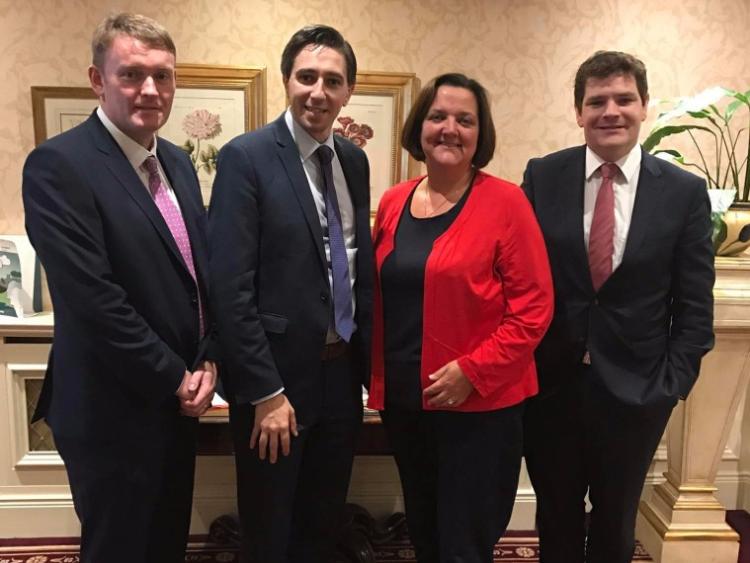 Former Longford/Westmeath Fine Gael TD and Athlone-based Senator Gabrielle McFadden has declared that she supports removal of the 8th Amendment.

She made the comments in the Seanad today (Wednesday, January 17) during the debate on the Report of the Joint Committee of the Eighth Amendment to the Constitution.

Here is the full text of the statement made by Senator McFadden, Government Chief Whip in Seanad & FG Spokesperson on Defence;

"When we listen to debates on the issue of abortion, we so often hear the voices of the zealots at either end of the spectrum – people who hold entrenched views and who believe that anyone who does not support their views is an enemy that must be shouted down.

"But I am one of the many people who resides in the grey area between the two extremes.  I consider myself to be both pro-life and pro-choice.  I sometimes wrestle with the issues and my opinions may alter based on learning new facts or hearing new perspectives.  This is not a sign of indecision; rather it is a sign that I want to make a mature and informed decision.

"I am willing to listen to others, but I will make up my own mind.  I believe strongly in freedom of speech and I would fight for it.  But I also believe that this debate should not be confined to those who shout loudest or those with the most dogmatic positions – whichever side they are on.   And I believe that this position represents the vast majority of the population in this country.

"The 8th amendment was passed in 1983, thirty five years ago – that means that nobody currently under the age of 52 has had an opportunity to have their say on this issue.  In those intervening 35 years, 165,000 Irish women have travelled abroad for a termination – that’s twice the capacity of Croke Park.  So, regardless of the 8th Amendment, twenty Irish women a day are travelling abroad for terminations or are availing of a pill ordered on line and taken illegally and unsafely.  As a modern, secular republic, the time has come for us to be mature enough to take responsibility for the health and wellbeing of Irish women and girls.

"There are so many complex issues involved in this debate - threats to the life or health of a woman, rape, incest, fatal foetal abnormalities, crisis pregnancy and so many others – that I do not believe we can lay down a clear black or white dogmatic position to women.  In the real world, decisions on these issues should be made by a woman, in conjunction with her doctor and her partner; not written into the constitution.

"And that is why I have decided to support the removal of the 8th Amendment.  The responsibility then lies on us, in a mature and caring way, to legislate; but the content of that debate is for another day.  Today I am calling on all of the public representatives in both Houses to exercise the ultimate in democracy – and to allow the Irish people to decide."

Fighting for our county: Councillors on the warpath as Longford is neglected in national plan