Government knows Longford is in need of investment 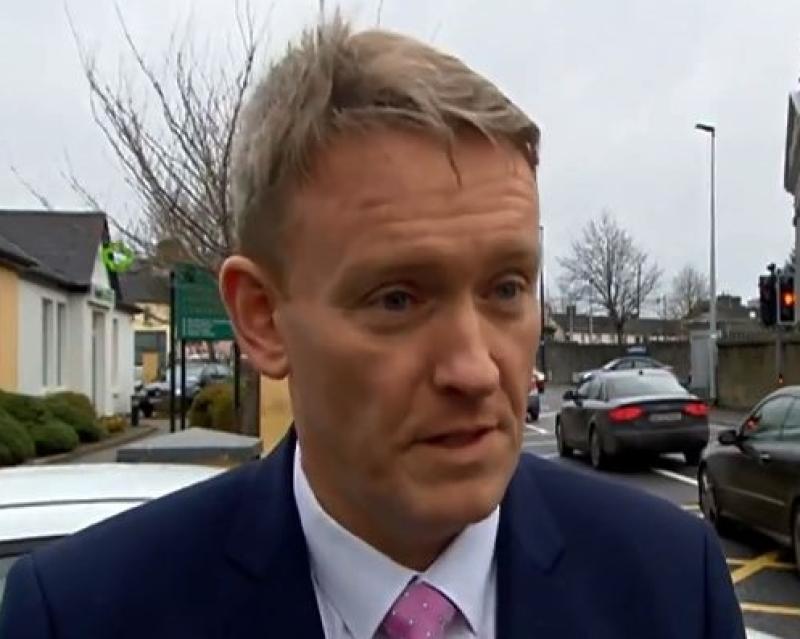 Following Sunday’s ‘The Week in Politics’ we asked Longford-based general election candidates Cllr Micheál Carrigy (Fine Gael) and Cllr Joe Flaherty (Fianna Fáil) for their reaction and views to the programme. Cllr Carrigy responded with the below:

Last Thursday I was asked to be interviewed by The Week in Politics. Never missing the opportunity to promote Longford, I met the reporter outside St Mel’s Cathedral.

The first question I was asked was if the recovery had reached Longford. While part of my reply was aired there was a big chunk that was omitted.

My initial thought is why is a recovery necessary?

A recovery is necessary Longford because successive TDs in Fianna Fáil governments have completely neglected our country and left it extremely difficult to attract industry and investment. The 2002 National Spatial Strategy identified the Midlands Gateway and completely omitted Longford from it. The same year we when surrounding towns were connected to the gas network.

The extension of Section 23 Tax Incentive Scheme ahead of the 2007 General Election led to the blight of unfinished housing estates in our county for a decade.

While the country was rolling in money, most other counties took the opportunity to promote and enhance its infrastructure and resources.

However, our local Fianna Fáil TD sucked the life out of our town by allowing the closure of Connolly Barracks, which led to the reduction of footfall on lower Main Street and caused the closure of a number of large businesses at that end of the town. The same person is now actively promoting the next Fianna Fáil candidate for the town. It is quite evident to me, after watching The Week in Politics, that we need to talk up our county and not talk it down for selfish political ambitions.

In my interview, while others chose to speak negatively, I chose to speak about the positive developments in the county in recent times. A number of companies have shown confidence in Longford by enhancing their facilities and creating more employment.

has doubled in size to create another 110 jobs. Abbott has built a second facility to bring the workforce to over 600 people. Pat McDonagh has announced plans to develop a Plaza at the Ballinalee roundabout.

Off-Site Construction has recently announced the creation of 50 jobs at the old Cameron site. Expansions have also taken place at Kiernan Milling and Kiernan Structural Steel.

I also spoke of the increased number of visits by the IDA and Enterprise Ireland, which will lead to further job announcements in 2018.

I spoke of the various government investments, which have been announced recently, including €4.5m for St Joseph’s, €1m for the development of the Royal Canal Blueway, €5.1m from TII towards our national roads, €5m to bring gas to Longford, €600,000 towards developing a Digital Hub in the Providers Building, over €1m in funding for Clár, Redz and the Town and Villages Scheme and very importantly the commitment to maintain services at St Christopher’s.

Despite all these positives, I am well aware of the problems in the county and I am working hard in the background with the members of the council executive and my fellow elected representatives on all sides, to address these. The government knows that Longford has been neglected in previous decades and is in need of investment. The government knows that Longford needs sustainable jobs so people have to travel to work outside the county.

Now that funding is available, Longford is turning a corner. It is important that we and our local what is positive in our county to attract further investment.

As Oliver Goldsmith once “Our greatest glory is not in never falling but in rising every time we fall.”

WATCH : 'Has the economic recovery reached the only county in Ireland without a TD of its own?' HERE