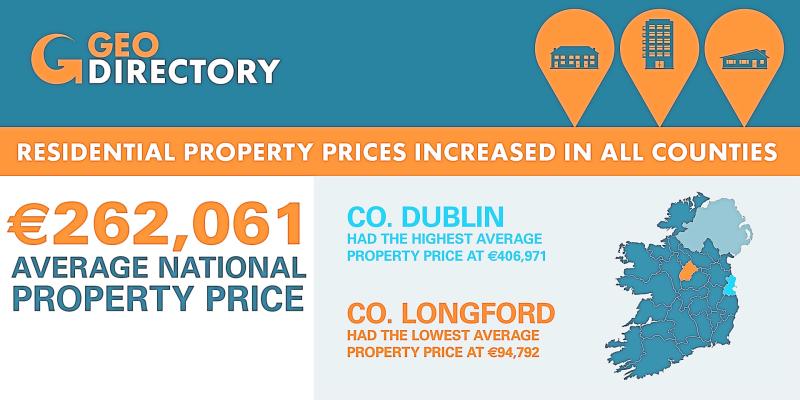 The construction industry responded positively to demand housing in 2017, but the level of demand is still far greater than supply according to figures revealed in the latest GeoView Residential Buildings Report, published by GeoDirectory.

The report finds that 36,218 new dwellings were added to the GeoDirectory database in 2017, 1.8% of the total residential stock.

In Longford, 109 new dwellings were added to the total residential stock.

Leitrim had the lowest number of new addresses in the country, with only 74 properties added to the database in 2017, 0.2% of the national total.

The GeoDirectory database estimates a total of 95,114 vacant dwellings in the country, 4.8% of the overall national residential housing stock.

This represents a slight decrease on the previous GeoView report in June 2017, which estimated the vacancy rate to be 4.9%.
Of the 26 counties examined, 14 recorded vacancy rates above the national average.

The vacancy rate in Longford was 10.7%, which was higher than the national average.

The counties with the lowest proportions of buildings under construction were found in the North-West and Midlands region, Leitrim (0.2%), Longford (0.4%) and Roscommon (0.5%).

Longford was also the only county in the country to record an average price lower than €100,000.

Read next: Recovery is on as house prices rise in Longford