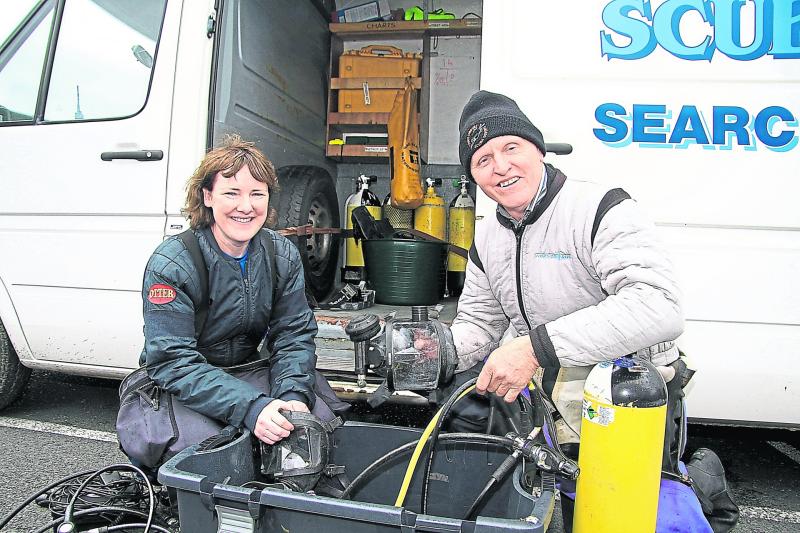 A and exciting way to raise funds for Co Longford Scuba Divers has been devised by Longford Triathlon Club in the form of a triathlon which will take place at the Albert Reynolds Peace Park from January 13-14 next.

The idea is to raise as many funds as possible for the Scuba Divers, which chairperson of Longford Triathlon Club and organiser of the triathlon, Kathleen O’Brien says provide a “very worthy and valuable service” to the county.

Next weekend’s event which includes slots of swimming, cycling and running kicks at on Saturday and will conclude at on Sunday.

It goes without saying that the hours in between will be filled with lots of action and the much loved competitive edge can also be thrown in for good measure!

If people want to join in, all they have to do is book a slot through Ms O’Brien, and the rest as they say …….is history!

Speaking to the Leader Ms O’Brien said that the local triathlon club decided to fundraise for the Scuba Divers because of the fact that they are “and it takes a lot to keep the show on the road”.

She added; “They do a lot of search and rescue which is very worthwhile work and we decided it was a very worthy cause to raise funds for”.

Meanwhile, Ms O’Brien says the event will also raise the profiles of both organisations.

“We have done this triathlon before but it is four years since we last did it, so everyone is very excited about taking part again,” she continued.

“We are hoping that it will raise awareness for the clubs and also encourage new members to come on board at Longford Triathlon Club.”

The Albert Reynolds Peace Part (formally The Mall) is a very busy public space right in the very heart of Longford town and organisers are hopeful that this will spur on plenty of support and participation throughout next weekend’s event.

“The idea is that there will be swimming, cycling and running taking place during the 24 hour period,” added Ms O’Brien.

“Anyone can join in and slots can be booked through me; people can choose one discipline or all three it is up to them and it is €10 for one slot and €20 for three.”

There will also be a raffle at the end of the triathlon - tickets cost €2 or three for five and there are some fabulous prizes up for grabs!

All the monies raised the event will go to Co Longford Scuba Divers. Check out www.longfordtri.ie or contact Kathleen at 086 2605856 for more details.