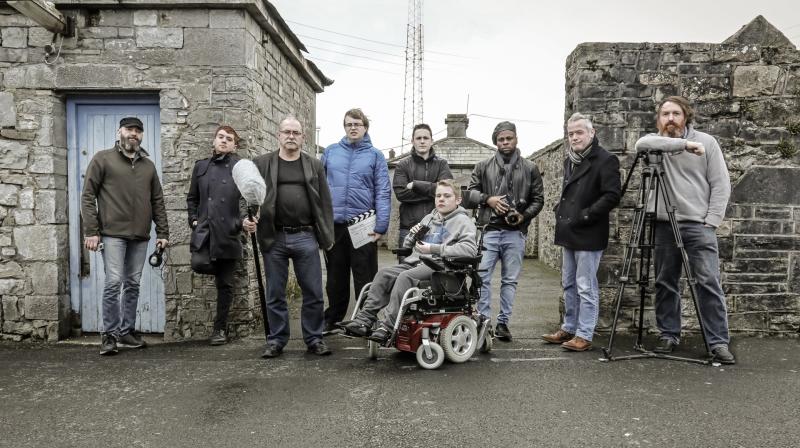 It's no secret that Longford is bursting with talent: visual, musical, you name it - it can be found somewhere in the county.

And, for this year's VET skills week, a young Longford man, Conor Harkin, expressed his own talent in videography for the annual 'Discover Your Talent' competition - and he won.

Conor, centre in the photograph above, taken by Shelley Corcoran, in his competition entry, told the story of how he discovered his talent for videography.

“I took part in the Film and TV Production course in . I really enjoyed it,” Conor explained.

“Part of the course was editing various footage from a documentary and a film which I made over the course of the year.

“I discovered I had a talent for the editing side of production.

“I hope to continue developing my skills in the near future."

The 'Discover Your Talent' competition inspires people to galvanise their abilities through quality VET, at all stages of their lives, and equipped with labour skills that lead to fulfilling personal and professional lives.

The competition was part of European Vocational Skills week and took part between November 20 and 24, all over Europe, encouraging people of all ages to embrace their talents and skills.