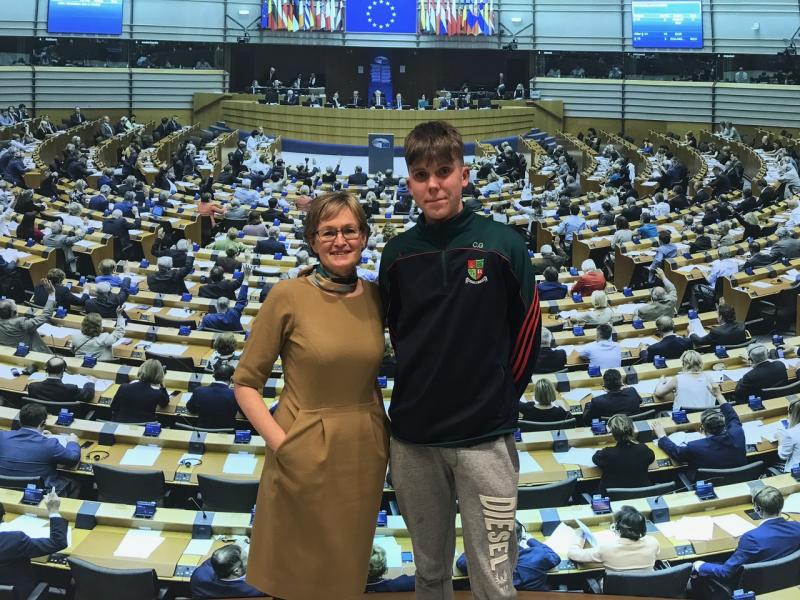 Colm was part of a group of winning students participated in the Graduate.ie Schools Competition, an online competition for second-level students to win a trip to the European Parliament in Strasbourg to participate in EuroScola.

The students from across Ireland enjoyed a visit to the Parliament in Brussels before travelling to Luxembourg and Strasbourg.

At Euroscola, students aged 16 to 18 from across the EU have the chance to become an MEP for a day. They debate, negotiate, amend, vote and adopt resolutions on real European issues.

MEP Mairead McGuinness met with the students, congratulated them on their success, and spoke to them about the functioning of the EU institutions to the students, Ireland's role in the EU and current issues.