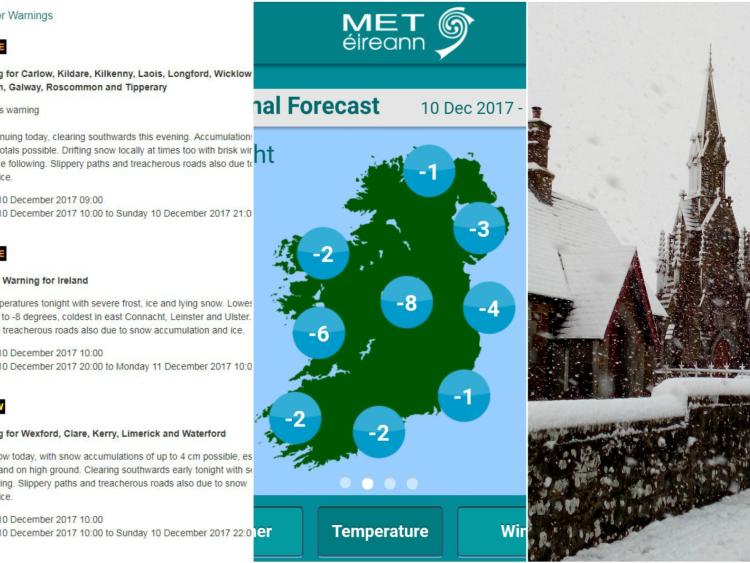 Weather Alert: Met Éireann issues snow and ice warning for Longford as temperatures could plummet to -8

Two separate weather warnings for Longford are in place with Met Éireann predicting snow and ice, heavy rainfall and freezing temperatures between now and Monday morning.

A national status orange alert, which was issued this Sunday, warns of temperatures as low as minus eight degrees across the country, with that -8 figure hovering dangerously close over county Longford!

“Extremely low temperatures tonight with severe frost, ice and lying snow. Lowest temperatures of -2 to -8 degrees,” states the warning which remains in place until 10am on Monday.

Met Éireann says that with severe frost, ice and lying snow expected in all counties this evening, road conditions will be treacherous due to snow and ice accumulations and paths will also be very slippy.

The Status Orange warning will remain in place until 10am tomorrow (Monday, December 11). 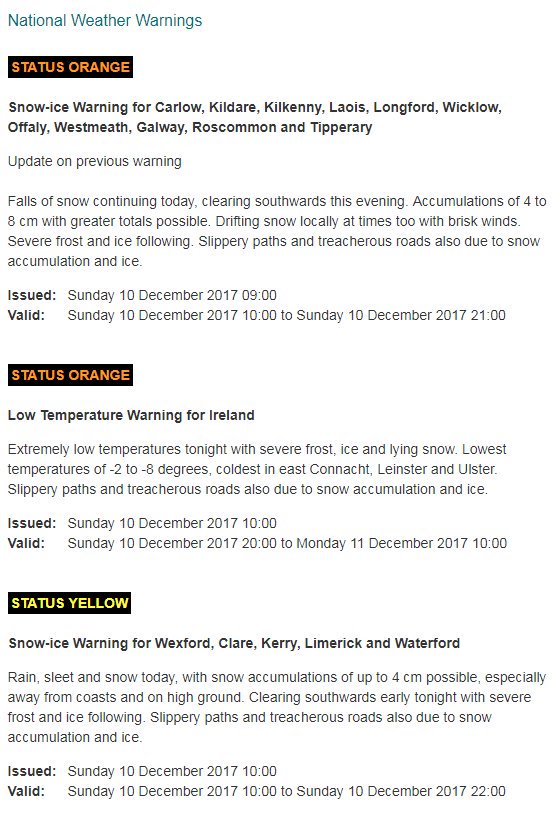