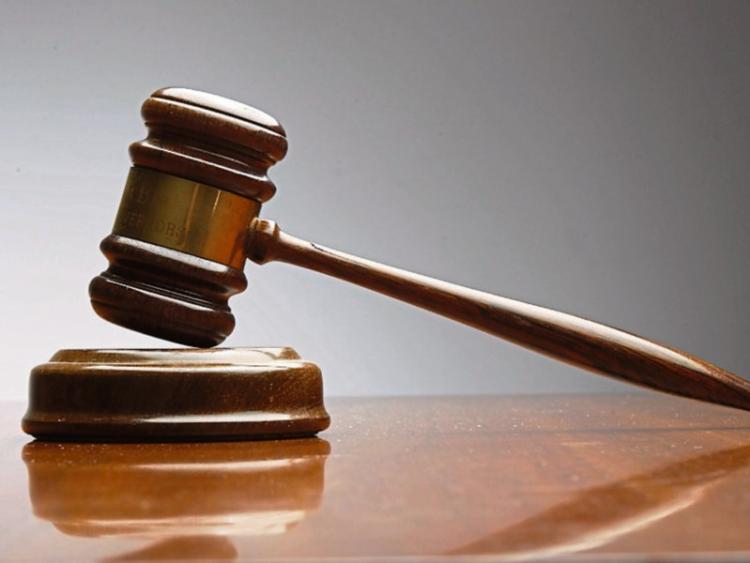 A woman who pleaded guilty to robbery at a local filling station was sentenced to five years in prison with the last two years and six months suspended during a hearing at last week’s sitting of Longford Circuit Court.

Rachel Robertson, Moatfarrell, Edgeworthstown, Co Longford appeared before Judge Keenan Johnson after she pleaded guilty to robbing Alicia Kiernan of €200 at Kiernan’s shop and filling station, on August 11, during a circuit court sitting in May 2017.

During that hearing, the court heard that the defendant, while high on drugs, went into the shop attached to the filling station, picked up two bars of chocolate and asked Ms Kiernan how much the items cost.

When Ms Kiernan opened the the defendant tried to grab it from her with her right hand and proceeded to threaten the shop owner with a screwdriver.

The court went on to hear that the defendant shouted at Ms Kiernan, “give me the f**king money or I’ll stab you”.

Ms Robertson subsequently took the money from the till and left the shop on foot.

Longford Circuit Court heard that the defendant then ran in the direction of Longford and Ms Kiernan with the help of another man chased after her.

The defendant, who was in the middle of the road at this stage, shouted at them to stop, or she would “stab them”.

A car travelling from Longford was subsequently forced to slow down and while Ms Kiernan spoke to its two male occupants she asked them if they could help her to capture the defendant as she has robbed her.

The court was told that one of the men got out of the car and grabbed Ms Robertson.

She then stabbed the bonnet of the car with the screwdriver and told them the men to f**k off or she would stab them too.

the defendant escaped, she was later arrested by gardaí and subsequently charged in respect of the matter.

During her last court appearance, Judge Johnson was also told that the defendant was a chronic heroin addict and her drug addiction was the root cause of her problems.

The court heard that the defendant had a five-year-old daughter and committed the offence at Kiernan’s shop and filling station while on temporary release from prison.

At that time, the court also heard the defendant was making “genuine” efforts to address her heroin addiction and was on a methadone programme.

The court was told, during the previous sitting, that a probation report indicated that the defendant had accepted responsibility for robbery and had been motivated to carry out the offence in order to obtain money for drugs.

“The areas of concern highlighted in that report included a lack of education/training; association with a negative peer group; a history of substance misuse and a negative attitude,” added Judge Johnson last week, before pointing to the fact that at time of the offence, the defendant had been placed on three years supervision by the court.

“The probation supervision required her to undertake a residential treatment programme approved by the Probation Services within six months of release and it also required her refrain from the use of illicit drugs and alcohol for a period of five years .

“Regretfully Ms Robertson did not comply with these terms and reoffended within the three year supervision period.”

When handing down his ruling at last week’s circuit court sitting, Judge Johnson said that he considered a number of factors when determining .

“The court determined that taking into account all the aggravating factors including her previous record which includes numerous offences for public order, robbery, theft, damaging property, assault, breach of the peace and violent behaviour and the fact that this offence involved the use of a screwdriver and the threat of violence, failure to pay restitution and Ms Robertson is at high risk of reoffending,” he said, before pointing to the fact the defendant had already indicated to the court that she did not want to attend a residential treatment programme because she would be separated from her child.

“She gave a firm undertaking to the court that she was willing to engage with drug counselling services on a daily basis and a letter from Nessa Green addiction counsellor with Merchant’s Quay Ireland indicated that the accused had engaged in 10 counselling sessions while in prison and seemed to be well motivated to stay off drugs.

“It also indicated that the accused had shown insight into issues of addiction and was reflective in her approach towards developing a solid recovery plan.

Meanwhile, the Judge also made reference to a letter that Ms Robertson had submitted to the court on a previous occasion.

“She indicated that she was ashamed of all the stuff she had done in the past and regretted it very much,” the Judge continued.

“She pleaded with the court to think of her girl in respect of any sentence it might impose while at the same time acknowledging that she should have thought of her daughter at the time she committed the offences.

“The accused went on to say that she didn’t want the type of life she had led for her child and was truly sorry for offending.

“She asked the court to find it in its heart to give her a chance so that she could prove to everybody that she was a changed person.

The Judge then spoke about other matters that had come to light since last August.

“A Probation Report on November 14 indicated to me that the accused discovered she was pregnant in August and as a consequence went back on drugs,” he continued, before pointing to her appearance at Longford District Court in October where she was convicted of theft and sentenced to a term of imprisonment.

“Needless to say I was extremely disappointed to hear that the accused had gone back on drugs and had reoffended while on bail from this court,” Judge Johnson continued.

“The accused had given firm assurances that she would remain and stay out of trouble and the court was hopeful that the accused would take the opportunity to rehabilitate herself.

“She was left in no doubt that if she reoffended she would have to suffer the consequences and spend time in jail.”

During his ruling last week, Judge Johnson said that defendant was now facing a jail sentence.

“The issue of primary concern here is the fact that the accused is now pregnant and it is likely that she will give birth to her baby while in jail,” said the Judge.

“This is a most unfortunate and unsatisfactory state of affairs and it is abundantly clear that the accused will never be able to stay out of trouble unless she kicks her drug habit once and for all.

“It is also abundantly clear that she will only be able to do this if she partakes and completes a comprehensive residential drug treatment programme.

“Ms Robertson has to take responsibility for her actions and for her future.”

He also ordered the defendant to enter a bond of €500 to keep the peace and be of good behaviour for five years and submit herself to supervision by the Probation Services for .

Ms Robertson was also ordered by the court to refrain from consuming drugs or alcohol for a period of five years ; provide urine analysis when requested by either the Gardaí or the Probation Service; embark on a residential drug treatment programme within six months of being released from prison; engage in training or employment, and pay the sum of €1,000 each to Ms Kiernan and Mr Khan within two years of being released from prison.