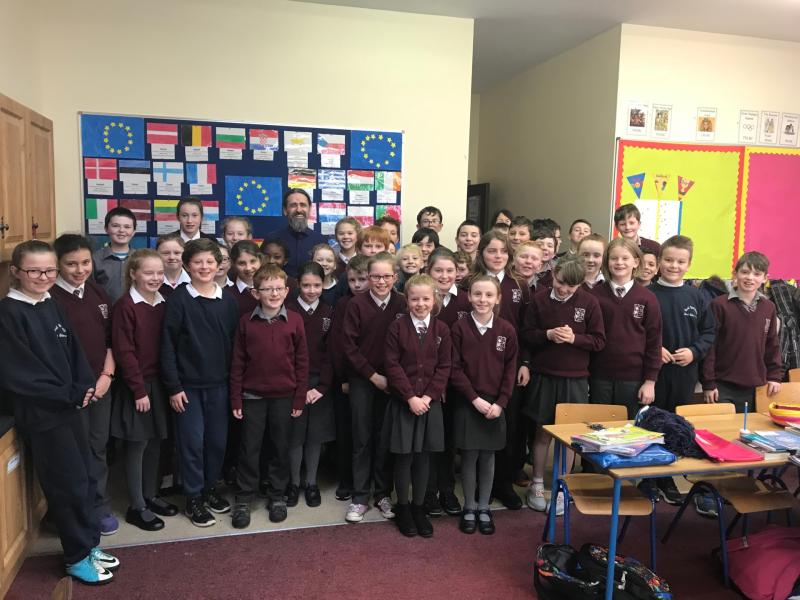 The children have taken on the initiative for the first time with their teachers Ms McCormack and Ms Hughes.

They were very excited to hear that Luke had accepted their invitation to speak at the school.

Mr Flanagan spoke to the children at length and answered each one of their questions.

He spoke with great passion about his love of politics and how he persevered to become elected.

Luke told the children that he was inspired by a former teacher to become involved in politics and that he believed he could do better and improve Ireland.

He explained the workings of the European and his role in representing Ireland.

He explained his role on committees there and how he believes the EU can be improved on.

He spoke of the importance of making people aware of what is happening or what may be coming down the line.

The children questioned Luke on issues of homelessness, climate change, whistle-blowers, Brexit and rural isolation and were very satisfied with how he answered and approached those questions.

Luke took his time and was very attentive throughout even taking the time to gather and get a whole school photo to mark the occasion. Luke presented each child and teacher in the school with pens also. It was a very worthwhile and educational experience, one we feel will help us going forward.