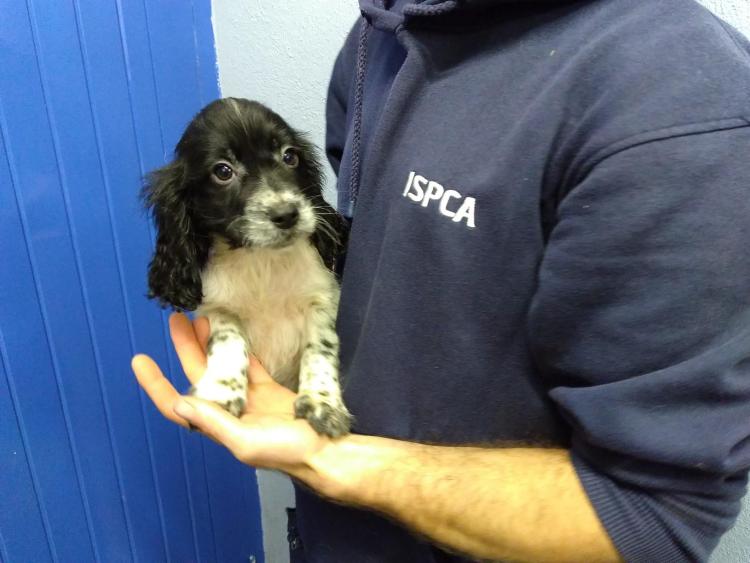 Seven puppies have been rescued at Fishguard Port in the early hours of Thursday morning 23rd November 2017, as part of a multi-agency operation tackling the illegal trade in puppies.

Seven puppies have been rescued at Fishguard Port in the early hours of Thursday morning 23rd November 2017, as part of a multi-agency operation tackling the illegal trade in puppies.

The puppies - two foxhound type and five cocker spaniel type dogs - were found in two crates in the boot of a car that came off the Rosslare to Fishguard ferry at around 1.30am, which had been delayed by four hours.

The driver of the vehicle was told that the puppies were not able to continue their journey and subsequently signed over the puppies to the care of the RSPCA.

ISPCA Chief Inspector Conor Dowling commented: “This incident again shows how some people are willing to disregard the welfare of defenceless animals and break the law purely to make a quick buck. Thankfully, on this occasion, multi-agency cooperation meant that they were stopped. The illegal smuggling of these puppies will now be investigated further”.

The seven puppies remained at the port overnight and were fed and watered by the RSPCA. A vet requested by the Animal Health and Welfare officers from Pembrokeshire County Council attended and confirmed they were fit to travel back to the Republic of the Ireland.

Chief Inspector Ian Briggs, of RSPCA’s special operations unit, said: “Our priority was the welfare of the puppies, and in conjunction with other agencies investigations will continue.

“The RSPCA is delighted to be able to work so closely with a number of partner agencies like the ISPCA to target puppy dealers, and their involvement with us demonstrates the importance of working together in the interests of animal welfare. We are hugely grateful as to the commitment they have shown this critical issue.”

“We believe thousands of unsuspecting buyers purchase puppies who have been imported in shocking conditions, handing huge profits to unscrupulous traders”.

RSPCA deputy chief inspector Julie Fadden accompanied them on the ferry and handed them over on Thursday evening to the ISPCA, a partner organisation in Operation Delphin. Stena Line kindly provided free tickets for the journey.

ISPCA Centre Manager, Eva Ellis said: “The seven puppies were assessed on Friday morning by a veterinary practitioner at the ISPCA National Animal Centre in Longford. Nearly all of them are infested with lice and have a heavy worm burden. They were also filthy and needed to be bathed and treated for worms, fleas, mites and lice.

“The puppies are being kept in the ISPCA Isolation unit where they will be carefully monitored.  They are not currently available for rehoming but will be added to the rehoming page on the ISPCA website http://www.ispca.ie/rehoming/d ogs_rehoming/ when they are ready for adoption”.

If you wish to help the ISPCA look into incidences such as this, you can report online here http://www.ispca.ie/cruelty_co mplaint or make a secure online donation to help us continue our work caring for Ireland’s most vulnerable animals.  http://www.ispca.ie/donate/onc e_off 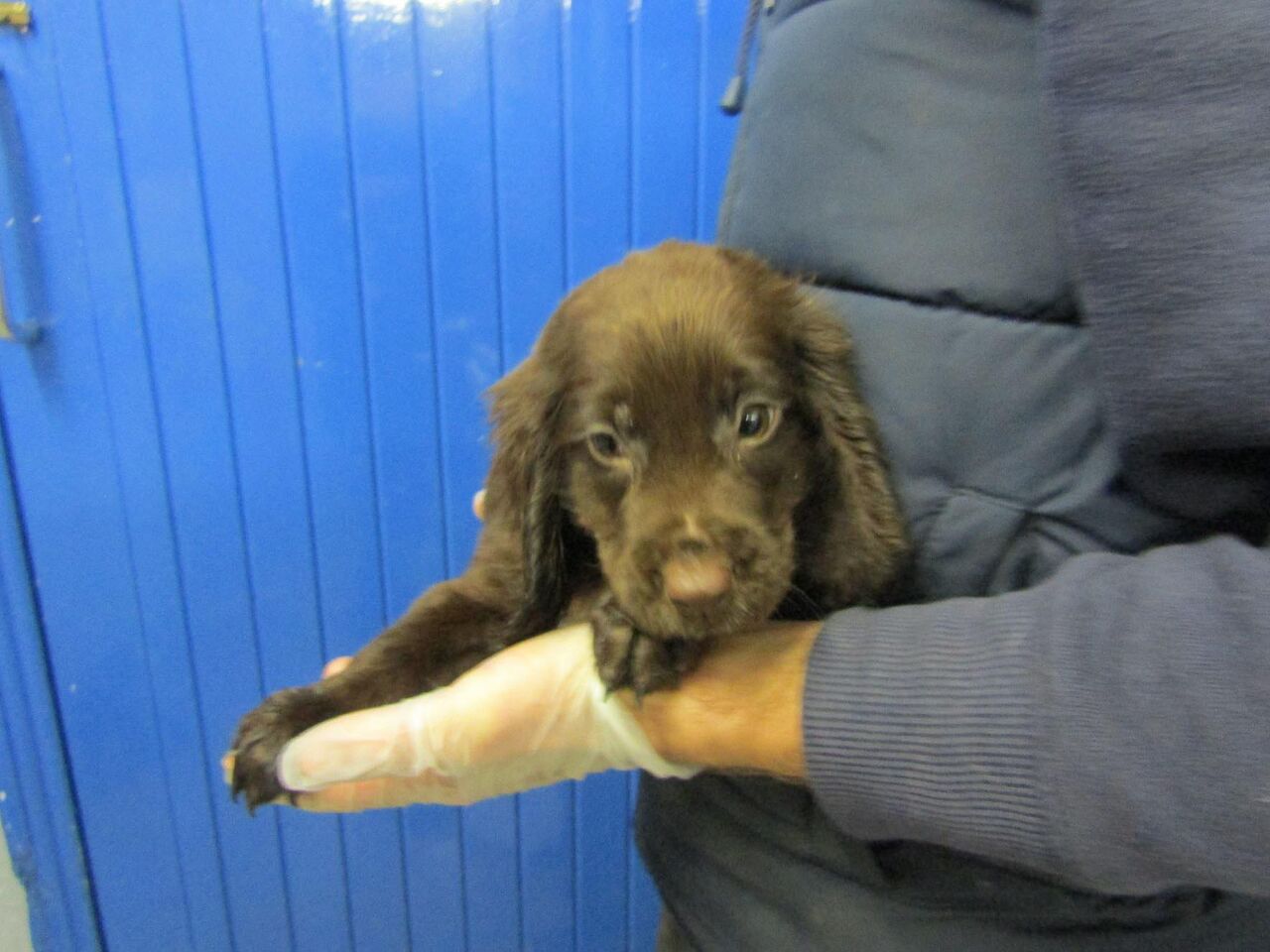 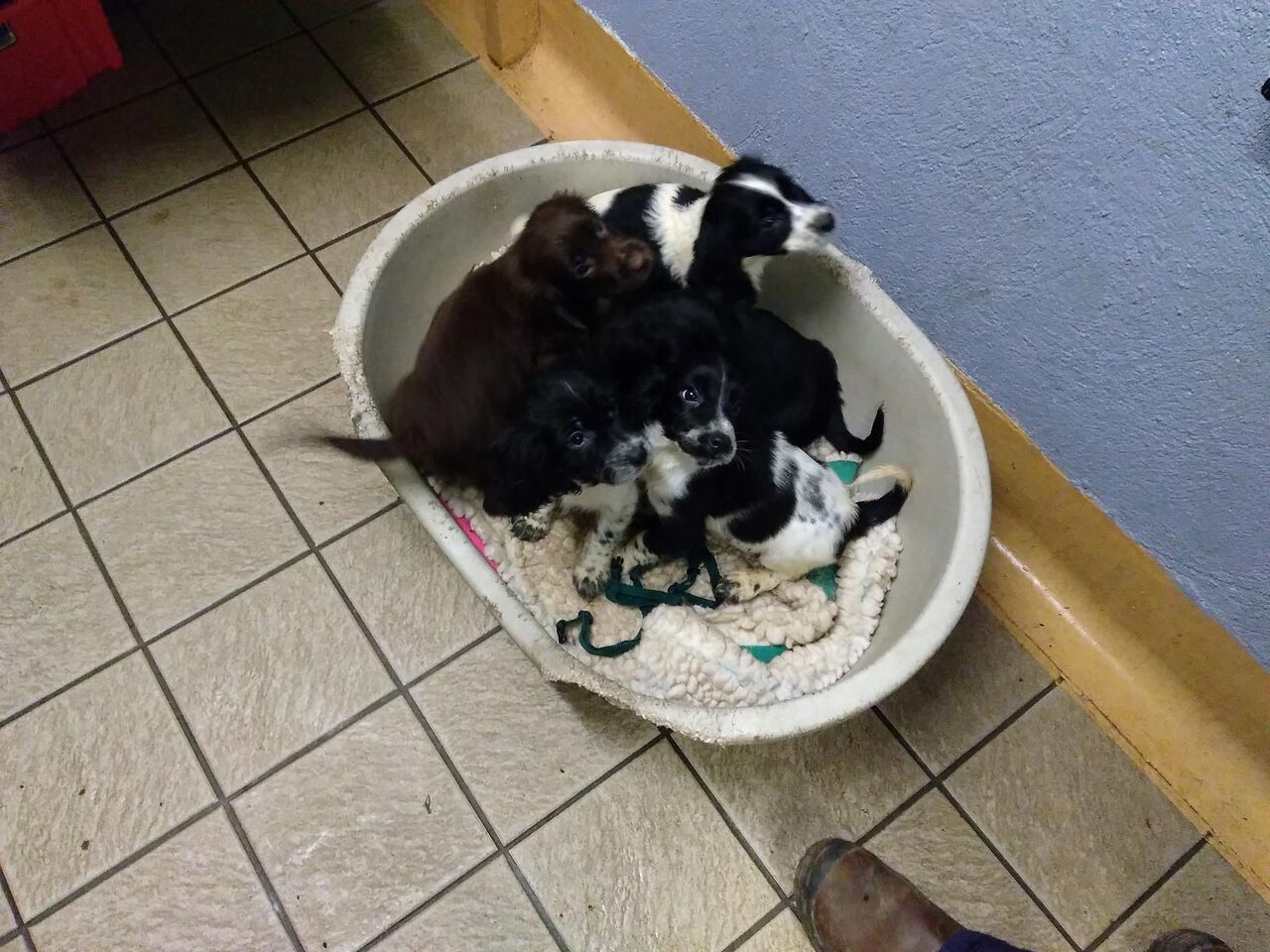