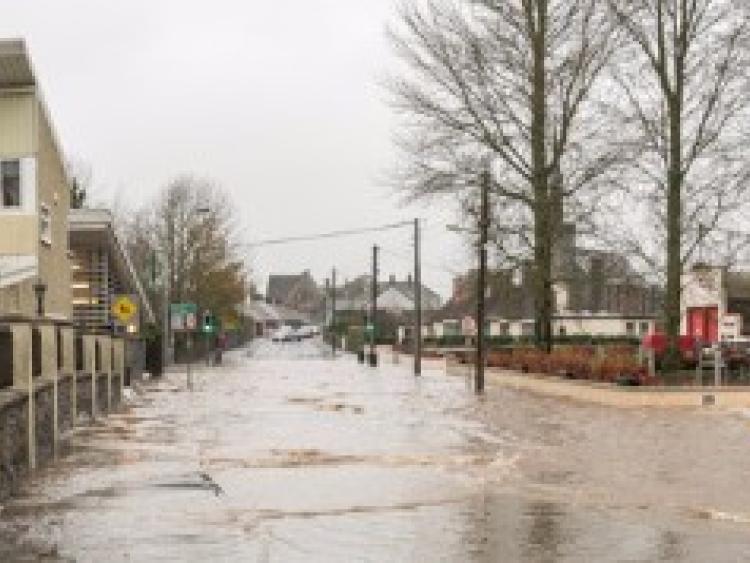 Longford/Westmeath Independent Alliance TD and Junior Minister Kevin 'Boxer' Moran, along with his Government colleague, Justice Minister Charlie Flanagan has said that a humanitarian package is confirmed and the Irish Army is on standby to help the people of Mountmellick recover and rebuild after devastating flash flooding.

Minister Moran was in Mountmellick last night and this morning, while crews from Longford Fire Service, along with neighbouring Westmeath and Offaly, have also made their way to the Laois town to assist with the mammoth clean up effort.

Minister for Justice Flanagan made the promise as hundreds of people had to spend the night in Portlaoise hotels after a traumatic day. However, they are facing into months of repairs after their homes and businesses were destroyed by the deluge.

Minister Flanagan said he has been in communication with Laois County Council and the Emergency Services about what happened. He has also spoken with fellow Ministers in Dublin. He confirmed that a humanitarian package has been approved to help those in need.

"The flooding in Mountmellick is of catastrophic proportions. It is biblical. I have been in touch with the local community. The Department of Social Protection will offer humanitarian aid to those affected and a Red Cross programme will be set in place.

"Tonight in Dublin I have met with the Minister for Housing and Local Government, Eoghan Murphy, and the Minister of State with Responsibility for Flood Relief Kevin Boxer Moran in the Office of Public Works. Minister 'Boxer' Moran has accepted my invitation to visit Mountmellick in the morning. My sympathy to those who have suffered," he said.

He said he had also made contact with the Minister of State for Defence Paul Kehoe who confirmed that the soldiers are on standby to help.

"Minister Kehoe confirmed that the Army is ready to assist if called upon," he said.

"Mayhem - disaster. I've never seen anything like it before. I've seen flooding in the 1990s but nothing as bad as this. Unreal," he told Ciaran Mullooly.

"We've had an extreme rain event in the north of the Slieve Blooms," he said. He added that three rivers were impacted two of which flow through Mountmellick and burst their banks.

Mr Kehoe is part of an Incident Response team that co-ordinated the emergency response to the event. This was continuing in Mountmellick as roads remained closed due to flooding.