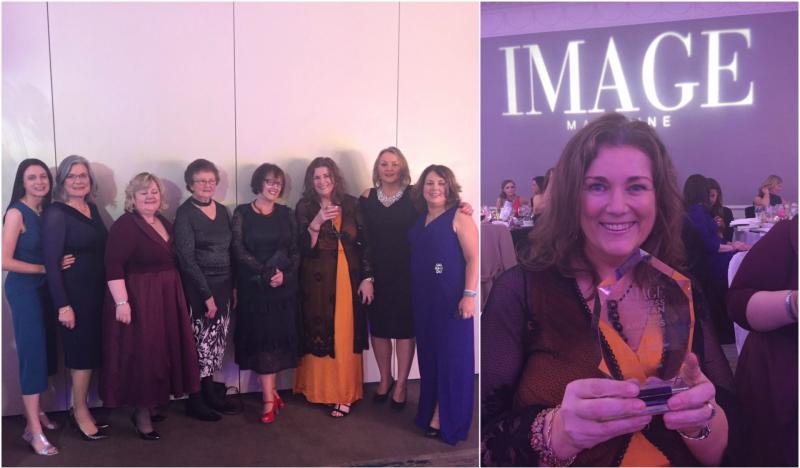 Longford Women's Link is celebrating this evening after their CEO Louise Lovett was named IMAGE Magazine Social Entrepreneur of the Year at a gala awards dinner at the Clayton Hotel, Burlington Road, Dublin 4.

Congratulations to Louise, who was delighted with her success, and this evening she is accompanied at the awards by a number of LWL Board Members.

The winner of the @image_magazine social entrepreneur of the year is Louise Lovett of Longford Women's Link #BWOTY17 pic.twitter.com/zCCdm09vcN

Also shortlisted for the IMAGE Magazine Social Entrepreneur of the Year were ;

The IMAGE Businesswoman of the Year Awards 2017, are sponsored by Samsung, Kuehne + Nagel, Grant Thornton, The Loop and No 7 and proudly supported by Newstalk, Independent.ie, Enterprise Ireland and Marks & Spencer.

Louise Lovett (BA Mgmt) is the CEO of Longford Women’s Link since 2011. She initially joined the organisation in 2008 as Head of Operations.

Prior to making the conscious move to the Community & Voluntary sector, Louise gained extensive management experience working in the corporate sector for 27 years.

Louise Lovett wins the Social Entrepreneur of the Year Award for @LWLLongford at the @image_magazine awards pic.twitter.com/TjCtnR2Cox

Her role with LWL includes: