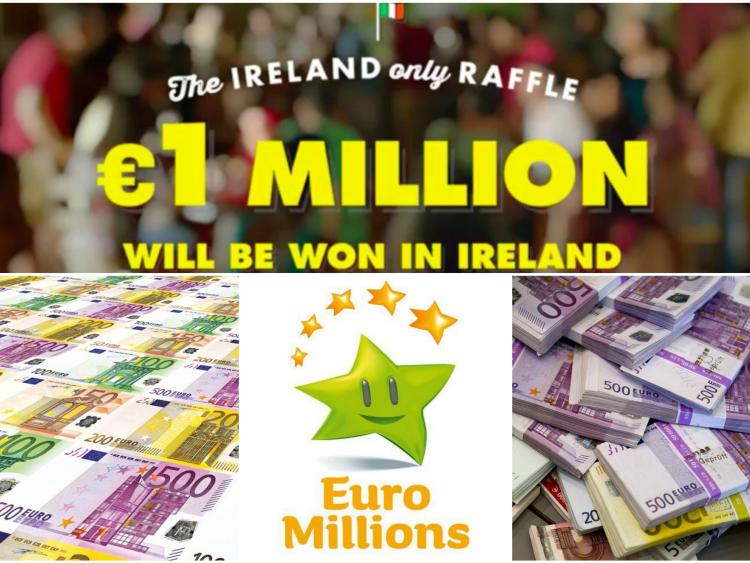 A lucky Lotto player has a lot to celebrate this Halloween weekend after becoming an instant millionaire following last night’s EuroMillions ‘Ireland Only Raffle”.

And the Leitrim shop that sold the winning ticket – Londis, Attyfinlay Autocentre, Carrick on Shannon in Co. Leitrim.- was in party mode today having sold a €2 million Lotto jackpot ticket only last May!

The National Lottery today urged all EuroMillions players in Co Leitrim to check their tickets following last night’s draw - the third ‘Ireland Only Raffle’ this year which saw one person become a millionaire.

The ecstatic owner of last night’s lucky winning store, Kevin Kennedy, said today:  “I’m absolutely delighted. It proves lightening can strike twice. I never thought we would sell another major winning ticket so soon after May. I’m not sure who the millionaire is as we get a lot of passing trade as Carrick is a big party town at the weekend. As the Quick Pick ticket was sold yesterday, it really could be anyone!“

This wasn’t the only major EuroMillions win in Ireland last night with a EuroMillions Plus top prize winning ticket sold in Ballyfermot, Dublin.

The winning ticket, the 27th EuroMillions Plus winner of the year in Ireland, is worth €500,000 and was sold in the Centra shop on Ballyfermot Road, Dublin 10. This Quick Pick ticket was sold on Thursday 26th October.

Friday’s ‘Ireland Only Raffle’ is the third EuroMillions draw this year in which one Irish player was guaranteed to win €1 million. The EuroMillions jackpot of €17 million was won last night in the UK.

Since it started in 2004 more than €1 Billion has been won by Irish players on EuroMillions. And today the National Lottery released a county by county breakdown on total jackpot and EuroMillions Plus top prize winnings in the last 13 years.

Meanwhile there are plenty of treats (no tricks) available to Lotto players across the country as tonight’s Lotto jackpot is a guaranteed €2 million – a not-so-scary Halloween Bank Holiday bonus for anyone.

Play Lotto in store, online at Lottery.ie or through the National Lottery App before 7.45pm this evening.

Approximately 30 cent in every €1 spent on National Lottery games go back to Good Causes in the areas of sport, youth, health, welfare, education, arts and heritage. In total more than €5 Billion has been raised for Good Causes since the National Lottery was established 30 years ago.