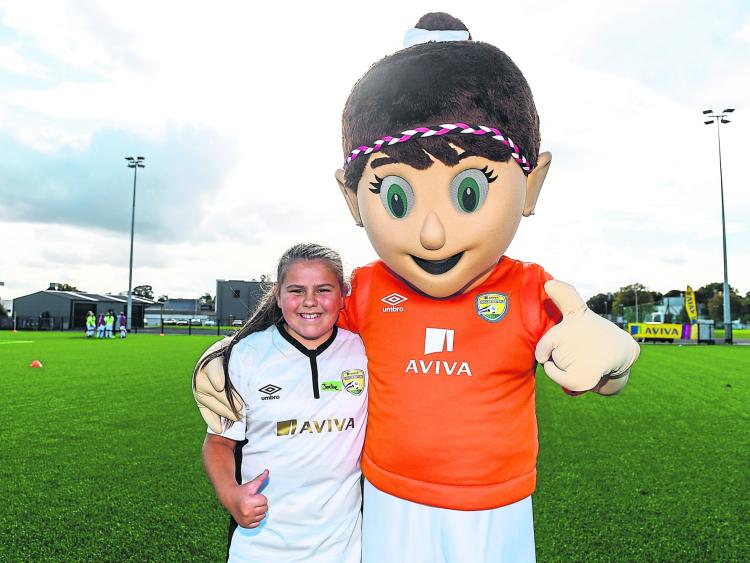 A Longford girl was given the opportunity of a lifetime last week when she was selected from over 4,000 budding footballers from the Aviva ‘Soccer Sisters’ initiative, to take part in a special training session alongside the Republic of Ireland women’s senior team.

11 year old Jodie Robinson of the Longford Schoolboy/Girl League travelled to the FAI National Training Centre in Abbotstown, Dublin for the special session which was rolled out as part of the 2017 Aviva Soccer Sisters Golden Camp.

The Camp saw the girls – aged between seven and 12 – sit in on a full Irish team training session, before getting to take the field with the team ahead of the FIFA World Cup Qualifier against Northern Ireland.

The Aviva Soccer Sisters programme has been running since 2010 and is aimed at engaging young girls in physical exercise and attracting them to football. Over 30,000 girls have taken part in the programme since it first kicked off.