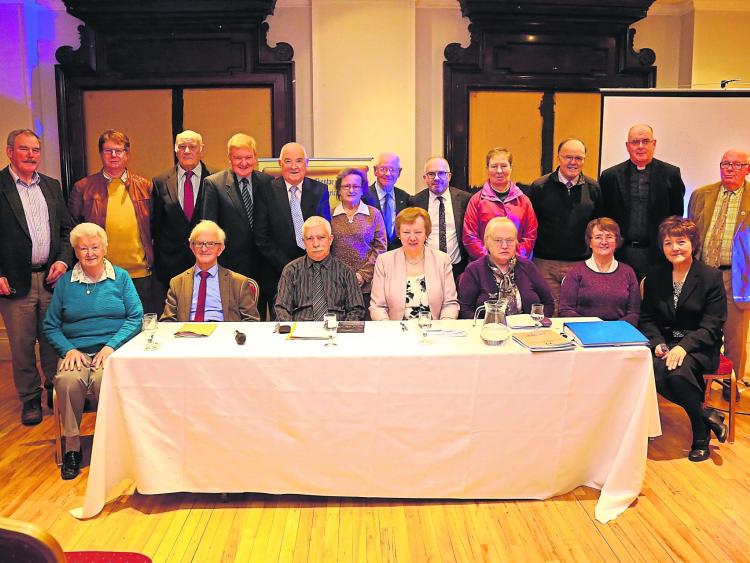 The AGM of County Longford Historical Society took place in the Longford Arms Hotel on Thursday, February 16. The Society will mark its 50th anniversary on September 29 & 30

Founded in 1967, the Society is one of the oldest of its kind in the region and one of the most active historical societies in the country.

The jubilee celebrations begin on Friday, September 29 with an ecumenical service in the Longford Arms Hotel at 7.30 pm.

It will be followed by a talk by well-known broadcaster, writer and environmentalist Manchán Magan, who has Killashee roots.

Manchán is related to The O’Rahilly, who was killed during the Easter Rising and he will speak on the subject of his family history, how it has influenced his life and more generally, how history impacts society.

All are welcome to attend the talk.

On Saturday, September 30, there will be a bus tour for society members, which will depart from the car park at St Mel’s Cathedral at 9.30am and visit Edgeworthstown, Ballymahon and Ballinamuck.

That evening at 8pm there will be a dinner in the Longford Arms at which a limited reprint of William Edgeworth’s map of 1813 will be launched.

“The society has about 300 members, some of whom are overseas,” Chairman Hugh Farrell told the Leader.

“It has achieved so much over the years, including publishing the journal Teathbha, holding its annual lecture programme, erecting plaques and building up a major collection of artefacts with a view to the establishment of a county museum,” Hugh added.

“In celebrating fifty years, we are thinking of all of the dedicated officers and members who contributed so much to the Society and we particularly remember those who are no longer with us,” he reflected.