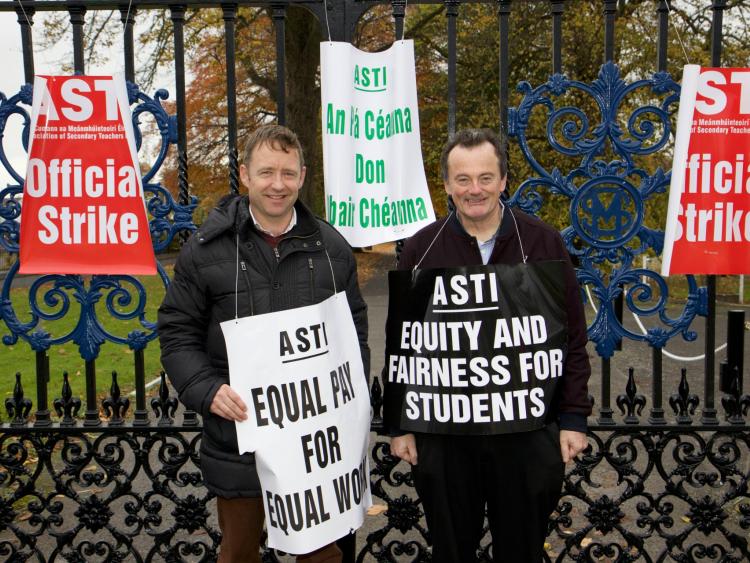 ASTI members in Longford, and their colleagues nationwide, engaged in strike action last October to highlight discriminatory treatment of recently qualified teachers in their pay.

Last October, ASTI members took strike action to highlight that fact that since 2011 teachers entering the profession are placed on inferior pay scales and lose out substantially over their careers.

Speaking today, ASTI President Ger Curtin said: “ASTI members have campaigned vigorously against the discriminatory treatment of recently qualified teachers in their pay. All ASTI members have taken strike action and lost pay in order to highlight this injustice. The proposed Public Service Agreement does not achieve equal pay during its lifetime and this is the main reason why ASTI members are being urged to reject it.”