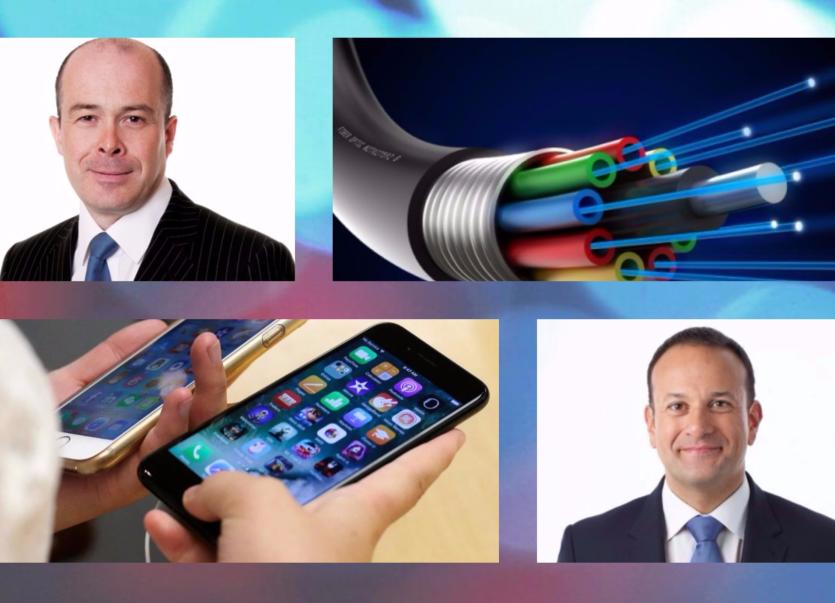 Minister Denis Naughten took to Twitter to refute a claim that Longford people are living like hobbits when it comes to broadband.

Minister for Communications, Climate Action and Environment, Denis Naughten, TD, took to Twitter to refute an accusation from a Longford woman that people in the county are living like hobbits owing to poor broadband speeds.

An Taoiseach Leo Varadkar, also on Twitter, commended Minister Naughten for his good work on the roll out of broadband, stating that 61% of premises now have high speed broadband, up from 52% last year.

However, Noeleen Kelly expressed her dissatisfaction by replying to Mr Varadkar: "not Longford, we feel like we live in a he in the ground like Hobbits".

Minister Naughten then moved to refute the claims of Ms Kelly. "Not true," he tweeted, adding that Eurona Ireland is already improving wireless service in south Longford and that eir is to deliver fibre to 3,839 homes in next 68 weeks.

Ms Kelly hit back and suggested to the Minister that what he was saying did not apply to Abbeyshrule in Longford. She tweeted "the phone signal is so poor that I couldn't even open the link to eir".

not in Abbeyshrule longford, phone signal is so poor that I couldn't even open the link to @eir

Meanwhile, in a statement, Minister Naughten described as a ‘milestone’ the planned rollout of high speed fibre broadband to 115,000 premises in Ballinasloe, Roscommon Town, Manorhamilton and a further six towns in Co. Donegal.

The enet-SSE roll-out plans were unveiled by Minister Naughten at an event in Ballinasloe, Co. Galway. The fibre network roll-out will connect 115,000 premises in two phases between now and 2019, and will support around 700 contractor jobs at peak delivery. The project represents a potential joint enet-SSE investment of more than €100m.

“Today’s announcement is a significant boost for businesses and families in Ballinasloe and Roscommon Town and across the North-West of the country.  I want to thank enet and SSE for their commitment and investment.

“I am determined, as Communications Minister, that every premises in Ireland can access high-speed broadband as quickly as possible through a combination of commercial and State-led investment.  The venture I have announced today will significantly contribute to achieving this. The roll-out will deliver world-class superfast high speed broadband to 115,000 premises which will ensure communities are sustained and business can flourish in towns and rural Ireland.

“The commitment by enet and SSE to invest over €100 million upon completion of both phases of this network will support more than 700 construction jobs and a knock-on boost for local suppliers.   As a wholesale open-access fibre network available to all of Ireland’s retail broadband providers, customers will have choice and competition” concluded Minister Naughten.

Further information can  accessed at www.enetsse.ie