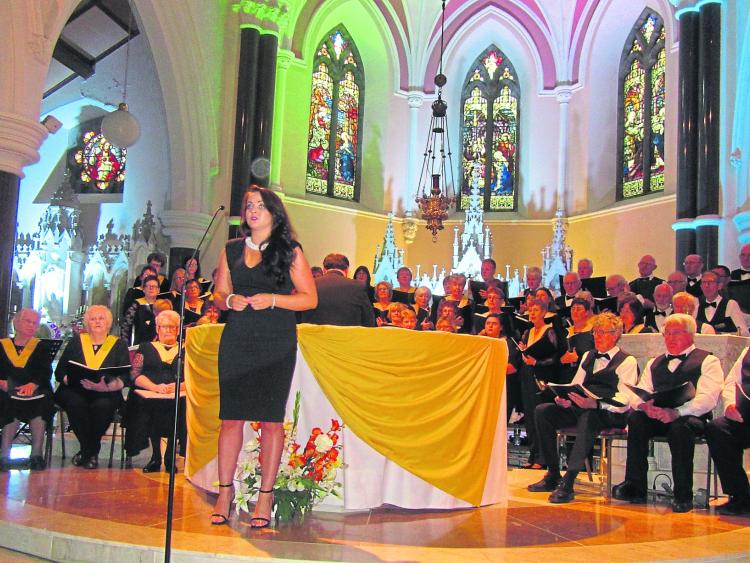 Roscommon Solstice Choir performed a concert in St. Michael's Church, Cootehill as part of a Cavan Arts Festival event in remembrance of the crew of Rescue 116 lost off Blacksod last March.

The late Captain Dara Fitzpatrick was from the town and Fridays' event made headlines in the national press when Prince William wrote a foreword to the Programme.

Later in the evening the choir sang "Amazing Grace" as the Dublin based Coast-Guard helicopter did a fly-past in memory of the crew and then joined Declan O'Rourke and company in the Festival Tent for the final two numbers of the night, Leonard Cohen's "Hallelujah" and the rousing Paul McCartney number "Mull of Kintyre". All proceeds from the day went to the RNLI.

This was a huge honour for the choir, which boasts members from all over county Roscommon and surrounding counties, including Longford, and culminates several months involvement in events by the choir, in the aftermath of the Rescue 116 tragedy.