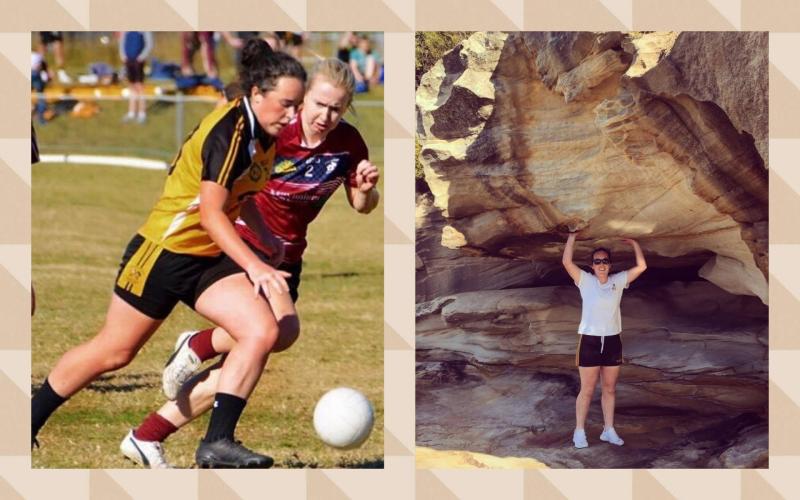 Longford All-Ireland junior ladies medal winner Megan Creegan has been selected on the Alfa Irish Banshees that will play in the sixth edition of the AFL International Cup in Melbourne.

Longford All-Ireland junior ladies medal winner Megan Creegan has been selected on the Alfa Irish Banshees that will play in the sixth edition of the AFL International Cup in Melbourne.

The Australian Rules Football League of Ireland men and women squads were announced earlier this week and 19-year-old Granard girl Megan told the Longford Leader that it was a dream come true to be selected to represent her country.

Megan Creegan, who has been working in Sydney since earlier this year, is playing AFL with Sydney University and she is thankful to everyone in the Central Coast GAA Club for their support. She says she’d love to make a career out of playing AFL.

An established player with Ballymore Ladies GFC, with whom she has won Longford minor and senior ‘B’ championship medals, Megan gained selection for her country after the Banshee backroom staff shortlisted Irish players from all over Australia.

Both Irish squads have selected the maximum allowable Australian based players under tournament rules and Melbourne Demons Women’s AFL Star Laura Corrigan Duryea will co-captain the Banshees, with Onora Mulcahy from Cork, who plays her football in London for the Wandsworth Demons team.

The competition gets underway on Sunday, August 6 and the final of the Women’s competition takes place at Etihad Stadium in Melbourne on the evening of Saturday, August 19.

Ireland go into the AFL International Cup as second seeds in both the Mens and Womens Divisions having lost in both Grand Finals in 2014.

The Women’s team, known as the Alfa Irish Banshees for sponsorship reasons, were winners of the inaugural edition of the event in 2011, and will be hoping to overcome Papua New Guinea, USA and a continental Europe team in order to book a place in the finals where they could meet old rivals Britain and Canada.

The AFL International Cup is contested every three years in Melbourne, Australia by the best Australian Football National Teams outside of Australia.