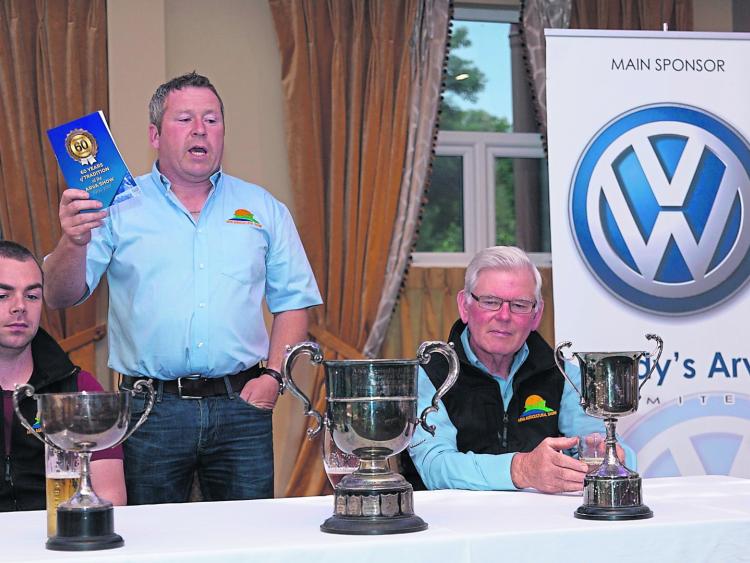 If you happen to have a spare couple of hours to kill this coming Sunday you could do a lot worse than venture to the town of Arva.

A bustling town at the best of times, excitement is already reaching fever pitch levels as it prepares to hold its 60th annual agricultural showcase.

In keeping with that long held tradition, the show is once again returning to its customary haunt on grounds kindly provided by its owner Philomena Fyfe.

In light of its impending 60th anniversary, organisers have been steadily putting the finishing touches to an itinerary which promises plenty for young and old alike.

In fact, there are more than 200 classes on show with adequate choice for prospective entrants looking to try their luck in either the likes of the Livestock or Home Industries Section.

The Committee are just as hopeful of attracting a large number of entries in the vegetable and baking sections in view of the increasing propensity for home baking.

And though many will be keen to cast a watchful eye at a long line of award-winning animals on display, the show also offers a chance to survey an abundance of baking, flowers and vegetables that will be on show.

More recently, the likes of an ever expanding photography section and high class dog show have proven ever more popular among attendees.

For those interested in taking part, entries will be taken at the Dog Ring for the Dog Show on Sunday.

The same level of interest can likewise be levelled at the universally popular ‘Bonny Baby’ competition as well as the Most Appropriately Dressed Lady and Gent contests.

To coincide with its 60th celebrations, those looking to obtain a closer look at Arva’s panoramic countryside can do so thanks to the availability of hot air balloon rides.

The latter is a feature of this year’s show which nonetheless is weather permitting but, with a free kids play area, bouncy castle, face painting and umpteen trade and craft stands, there will be more than enough attractions to while away a few hours.

That’s even before one considers a planned fireworks display at Gartylough lakeshore at 8:30pm and the return of Robert Mizzell to bring the curtain down on affairs with the Show Dance at The Breffni Arms Hotel from 11pm.