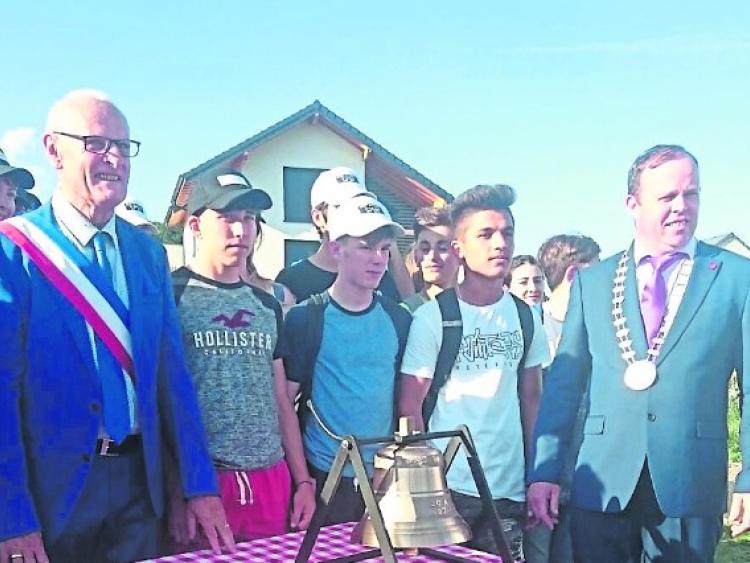 It's now 20 years since the twinning of Ballinamuck in Co Longford with Essert in France.

In those 20 years it is fair to say that the ties and friendships between the two towns has gone from strength to strength.

This week, and in tandem with those anniversary celebrations, a group of adults and young people from both towns have travelled to Strasbourg where they are getting a real taste of the historical, political and cultural climate of that region.

Strasbourg is also the formal seat of the European Parliament and sits near the German border, where culture and architecture comprises a blend of German and French influences.

It’s an exciting time for the twinning programme says one of the organisers, Ballinamuck woman, Tess Murphy.

And, as in previous years, the dedicated Longford twinning committee has pulled out all the stops to ensure that the links between the sides continue to grow and develop with each passing year.

Speaking from Strasbourg, Ms Murphy told the Leader that the young people were currently preparing to present a project based on diversity and EU solidarity to the EU Parliament.

Granard MunicipalDistrict Cllr Paraic Brady (FG) represented Longford Co Council at the event which held all the hallmarks of an educational, fun filled evening for those in attendance.

“This is all part of an Erasmus Project,” said Ms Murphy, before pointing out that there were 12 youths from Ballinamuck and 12 from Essert in Strasbourg this week.
“The focus of this trip really is about integration, diversity and EU solidarity, and it is a great opportunity for these young people to explore their culture and heritage further.”

The young people have also made a video as part of their project and this, added Ms Murphy, will be posted on Facebook later this week so that everyone will get a chance to see for themselves the work that has been going on behind the scenes for the last few months.

Also in the pipeline is a trip later this week which has been organised by the Mayor of Essert.

This will provide participants with a wonderful opportunity to explore the rich history and culture of the region.

“The twinning programme has been a wonderful initiative and this is a very special year for all of us as we join together to celebrate 20 years of friendship,” concluded Ms Murphy.