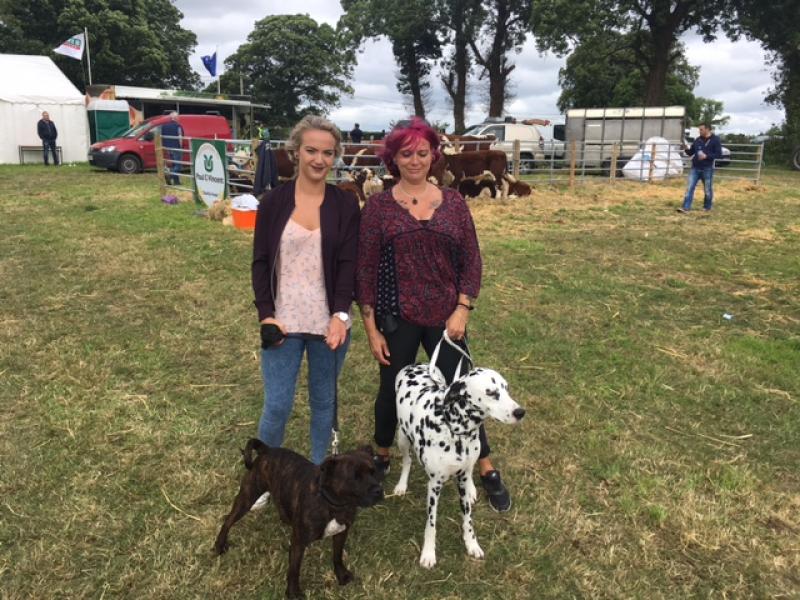 The atmosphere was electric; the craic was mighty and the crowds came from all over the country to enjoy this year's County Longford Show & Country Fair which was held on the lands of the Plunkett family at Lisnamuck on Sunday.

"We are absolutely delighted with how things went,” secretary, Bernie Whyte told the Leader.
“It was probably one of the most successful shows ever held in Longford.”
And brilliant it surely was; the rain held off and the warm temperatures meant that families from all over the country descended on the magnificent site where the best breeds of cattle in Ireland were on display, and visitors were able to stroll among the many stalls and stands to the backdrop of live music from local musicians Seamus Farrell and David Kiernan.
“It has been absolutely fantastic,” a delighted Ms Whyte continued, before pointing out that this year’s show turned out to be “everything” that the committee had dreamed of.
“This is the best show in all the years that I have been involved and that is a long number of years, so we are absolutely delighted.”
Meanwhile, the aroma of home baking, burgers and the numerous artisan delights wafted across the site and such was the atmosphere, many showgoers even managed to grab a creamy pint of Guinness from the bar!
As usual, the dog show was spectacular with every breed and size of canine on these shores represented on the day.

The organisers of Longford Show & Country Fair 2017 were also delighted that every county in Ireland was represented at the Dog Show where there was everything from dalmations and wolfhounds to poodles and terriers strutting their stuff.
The special exhibition of Henry and Hamish the Highland cattle who are making waves at agricultural shows across Ireland proved to be a great source of enjoyment for everyone, and the children loved them.
“The location here in Lisnamuck was absolutely superb for the show,” Ms Whyte continued, before pointing out that when she went for a walk about of the site, the wonderful atmosphere was first to strike her.
“The atmosphere is fantastic; people are enjoying themselves with many asking themselves why have they not been at this show before?
“There is so much to see and do and it really is an absolutely fantastic day for everybody.”
And the best part, everything that shines brightly in Co Longford was showcased on the day and given the crowds that gathered to sample it all, it looks very likely that Longford will be right up there with the very best of the country’s agriculture shows if this year is an