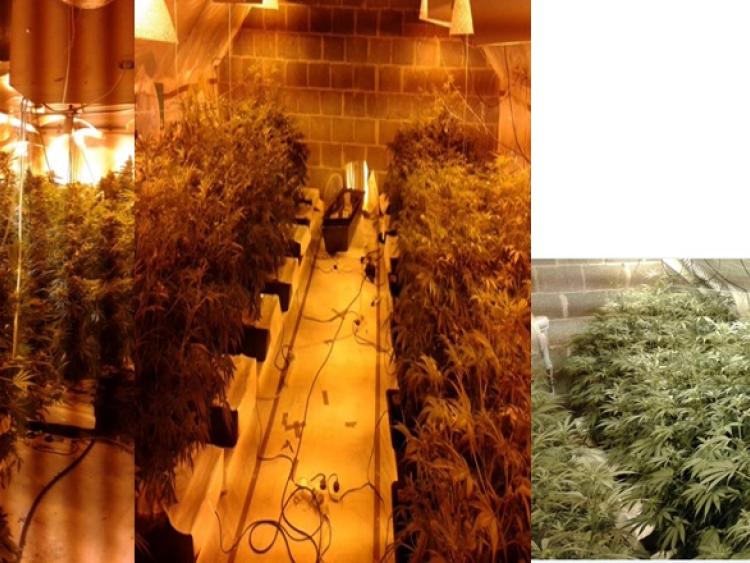 Some of the of cannabis plants seized. Photo: Garda Press Office

Gardaí have arrested four men following a seizure of an estimated €200,000 of cannabis plants (pending analysis).

As part of an intelligence led investigation into the sale and supply of drugs in the Castlebar, Nenagh and Dundalk areas, the Garda National Drugs and Organised Crime Bureau, the Special Crime Task Force and local Drugs units carried out a number of searches yesterday, Friday, June 9.

During the course of these searches a cannabis grow house with discovered.

Four men (29yrs, 37yrs, 38yrs and 45yrs) have been arrested in connection with this investigation and are currently detained at various Garda Stations under Section 4 - Criminal Justice Act 1984.

Man arrested as Revenue and Gardaí seize herbal cannabis worth €130,000