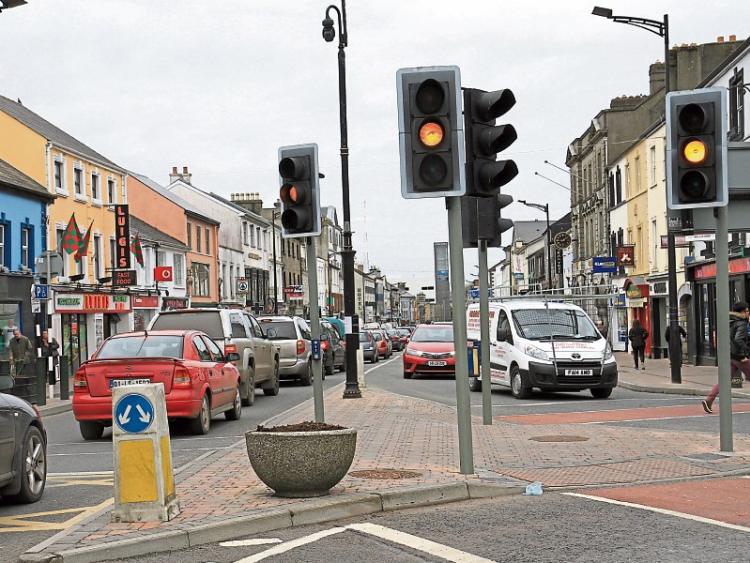 Motorists driving in and out of Longford town could be faced with having to negotiate past an additional set of traffic lights.

Road design officers are to carry out an assessment of traffic flow along the Ballymahon Street-Earl Street and Market Square-New Street junctions following an appeal made at last week's Longford Municipal District meeting.

Cllr John Browne urged the Council's executive to step in and address an issue which he insisted is causing growing disquiet among road users.

“It's just chaotic down there.”

“It's just mental up there,” he rebuked.

“People are coming out of all directions and especially on a Monday morning or Friday evening it's pure mad up there.”

Not every onlooking member was as forthright in their criticism of the busy merging junctions however.

“We (Longford) must have more traffic lights per linear metre of road than any other town in the country.

“I am not convinced,” he remarked.

He was followed by Independent Cllr Mae Sexton.

She said installing lights would not necessarily solve the problems first alluded to by Cllr Browne.

“We have the same thing at the top of Battery Road,” she contended.

“It's hard to know how lights will work at that junction.”

Cllr Sexton warned the introduction of a further set of lights could create increased logjam issues within the town, most notably along Dublin Street.