Work by Longford based author features in new book 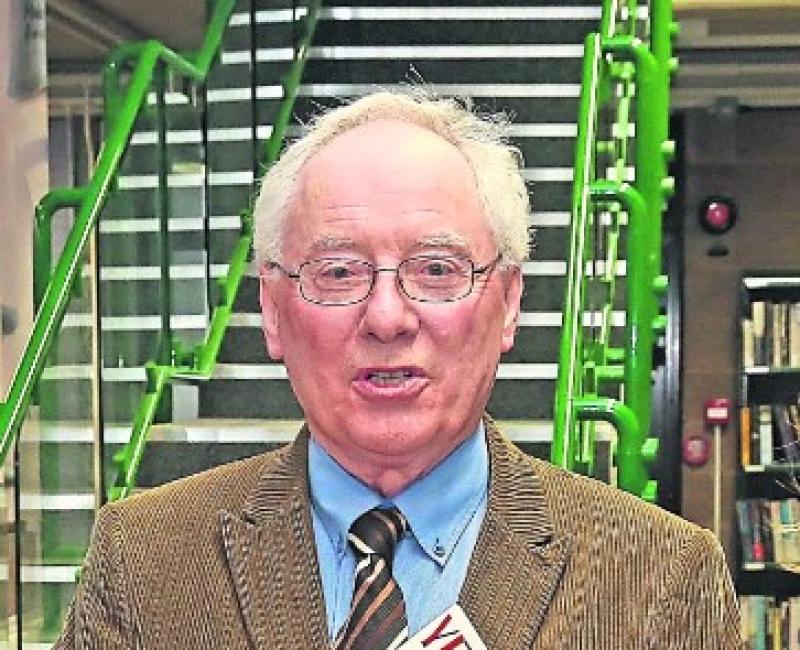 Acclaimed Longford town based historian and author, Aidan O’Hara, is one of eighteen academics whose work is included is a new a new book from US publishers, McFarland’s, entitled ‘Fighting Irish in the American Civil War and the Invasion of Mexico’.

The Longford based writer contributed a captivating essay on the life and work of the famed Judge Charles Patrick Daly.

The son of Irish immigrants from Co Tyrone, he was a figure who loomed large in judicial and political circles in an emerging United States.

Donegal native, Aidan O’Hara, now lives in Clonbalt Woods, Longford town, and is an award-winning writer and broadcaster. He worked as a presenter-producer with RTE and with the CBC in Canada.

His several Radharc/RTE films include the award-winning series on the Irish in Newfoundland. His book on that subject won the Oireachtas prize for literature in 1998. He’s planning to bring out a translation in English next year.

He also wrote the biography of singer, Delia Murphy, following his acclaimed film documentary on her life in 1988. His book, Atlantic Gaels – Links Between Donegal and the Hebrides, was published in Scotland in 2013.

And he has just completed a first draft of a major book on the Irish in the era of the American Civil War.

Closer to home he is also a regular contributor to the Longford Historical Society’s hugely popular Teabhtha publication.