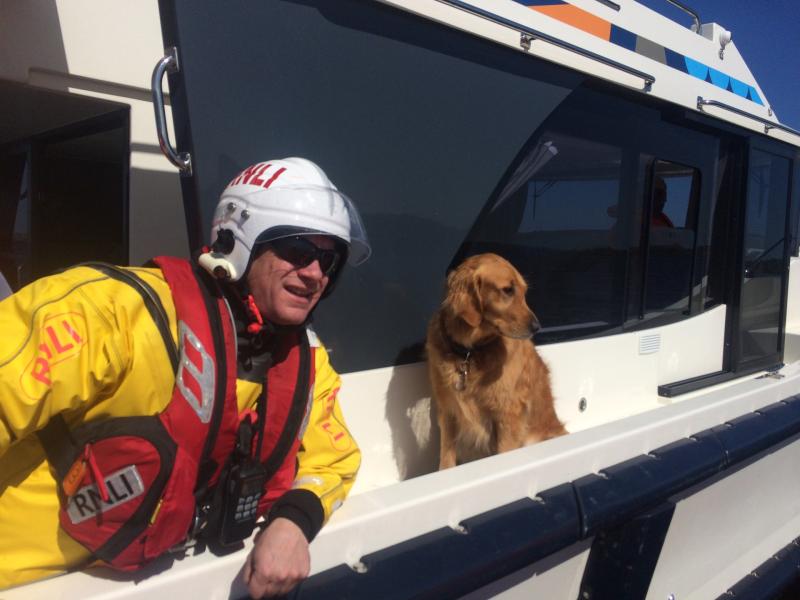 Lough Ree RNLI lifeboat crew were alerted by the Coast Guard when four people and their dog on board a 40ft motor cruiser ran aground on the Long Shoal near the eastern shore of Lough Ree.

The alarm was raised just after 10.30am on Monday, May 8. Shore crew Tony Diskin, Matt Harte, Billy Henshaw and Denis Buckley responded quickly and had Lough Ree Lifeboat The Eric Rowse launched and underway in less than fifteen minutes, with first responders Denis Begley, Stan Bradbury and Emmet Devereaux on board.

A short time later, the lifeboat crew was alongside the casualty vessel, checking that all on board were uninjured and wearing life jackets.

The weather at the time was dry and sunny, with a force 3 easterly breeze and a slight swell on the lake. After checking that the vessel was not taking on water, a tow line was established and the vessel was safely towed to deeper navigable water.

After checking that all equipment on board was functioning properly, the vessel proceeded under its own power north towards Lanesboro.

The lifeboat crew returned to the Lifeboat Station at 11.24 am, where the shore crew was on hand to recover the lifeboat and prepare it for further service. Lifeboat Operations Manager, Tony McCarth, notified the Coast Guard that The Eric Rowse was ready for service at 11.45 am.

Lough Ree RNLI lifeboat crew member, Denis Begley, said "The Long Shoal is an area of rocks, marked with navigation markers at each end, in an otherwise navigable area of the main lake. We would always advise lake users to consult their charts regularly and to be aware of their position on the lake."