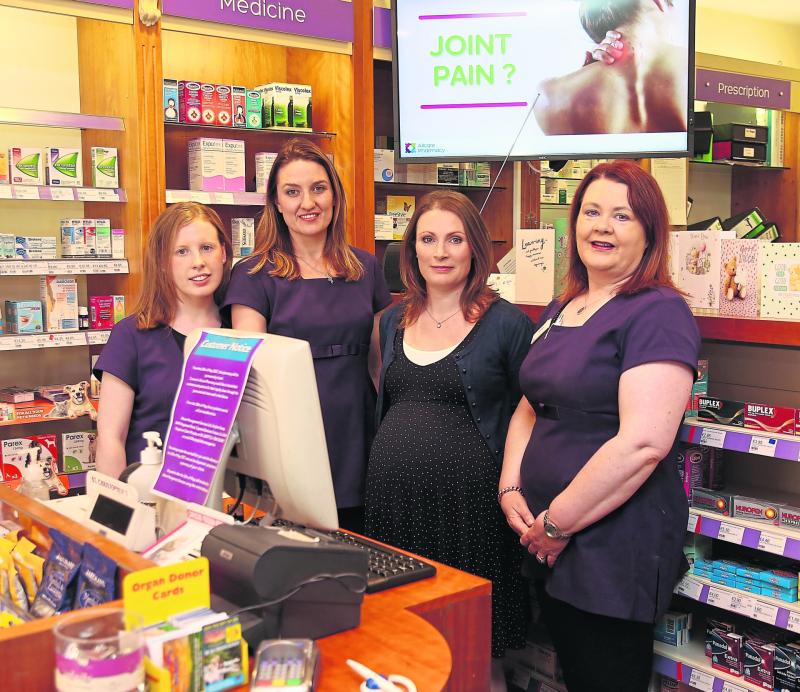 A beleaguered Lower Main St in Longford town was dealt a further blow on Wednesday, when the landmark Corcoran’s Medical Hall closed its doors for the last time.

Having traded at this location for 98 years, it is one of the oldest - if not the oldest - pharmacy businesses in the county, and was first owned by the Wilson family.

It traded as Wilson’s Medical Hall, when it opened in 1919.

The pharmacy closes today with the loss of four jobs but more significant is that it is a further hammer blow to a first proud Lower Main St that is now desperately trying to regain relevance in a vastly changed and challenged retail landscape.

Now as many as one in every two premises on Lower Main Street is vacant.

Between them, these three premises were among the town’s best known retail outlets.

Pharmacist, Edwina Ledwith spoke to the Leader with a heavy heart as the team there prepared for the closure and she wanted to especially thank the loyal customers, many of them are in their senior years, but remained defiantly loyal to the business over the years. Many can fondly remember first going into the shop with their parents sixty and seventy odd years ago.

Hampered by access to parking and ever dwindling footfall, the business was up against it but this week many customers have contacted the Leader to pay tribute to the staff, and acknowledge their professional and absolute sense of duty.

Long serving staff member, Kathy Gregg, has worked in the shop for the past 33 years and she singled out the support of previous owners like Brendan and Margaret Feeney and Brendan and Miriam Corcoran.

The Corcoran family had been in the business for two generations with Brendan taking over from his father, John.

During the Corcoran’s era the pharmacy was famed for its tonics and remedies which were made on the premises for both humans and livestock.

It was the real old style pharmacy and a visit there was like stepping back in time.