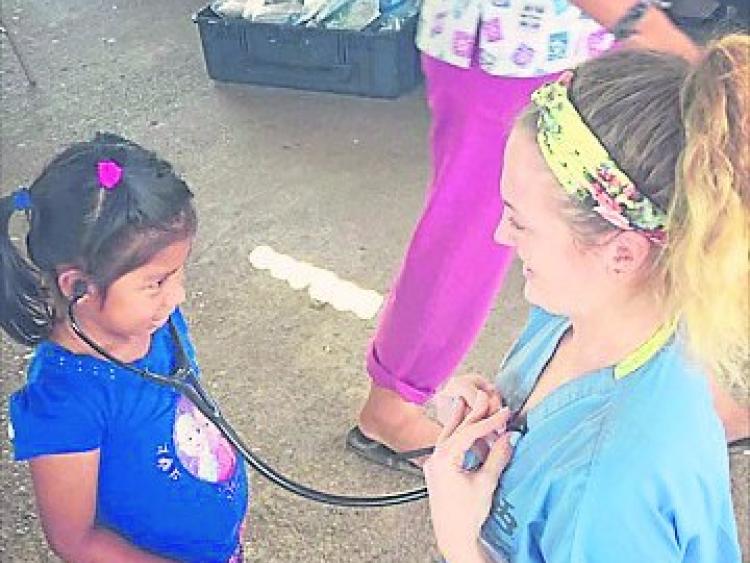 A student in the US with strong links to Co Longford has just begun pursuing her medical degree at State University of New York in Buffalo.

Katie Mazurek is the granddaughter of Tom and Julie Cosgrove Murray, who were both born and raised in Co Longford.

Tom was born in Ferefad, Longford, to John and Mary Murray and emigrated to New York City in the 1950s.

Julie Cosgrove, meanwhile, was born to Patrick and Elizabeth Cosgrove in Cornakelly, Longford and emigrated to the US in the 1950s.

Tom and Julie did not know each other in Ireland, but met and fell in love in the US.

They were married in New York City in 1964 and lived, worked and raised their children John and Patricia there.

Tom and Julie now reside in Dublin, Ohio near their daughter Patricia and her three children Katie, Tommy and Julia.

The homesteads in Ferefad and Cornakelly are still in the family, and Tom and Julie try to get home to Longford as often as they can.

Meanwhile, medical student Katie is the eldest of Tom and Julie's six grandchildren.

She played Division 1 soccer as a scholar-athlete at Miami University and began her medical studies back in September.

It appears that she is following in the footsteps of her paternal great grandmother, Mary, who served proudly in Cumann na mBan and administered first aid to patriots.

She was also the bearer of the Red Cross first aid manual.

This proud heritage has motivated Katie in her studies and she is pictured on a recent medical mission to Pueblo Nuevo, Panama, where she and her colleagues set up a medical clinic for one week that served the Ngobe indigenous people who have very limited access to medical care.

Katie has been to Longford on a number of occasions and enjoys her time here.

Tom’s brother John lives in Ferefad with his wife Monica while Julie's sister Bridie lives in Drumlish with her husband Jodie McCormick.

Julie's brother Michael and his wife Vanda holiday at the home in Cornakelly.