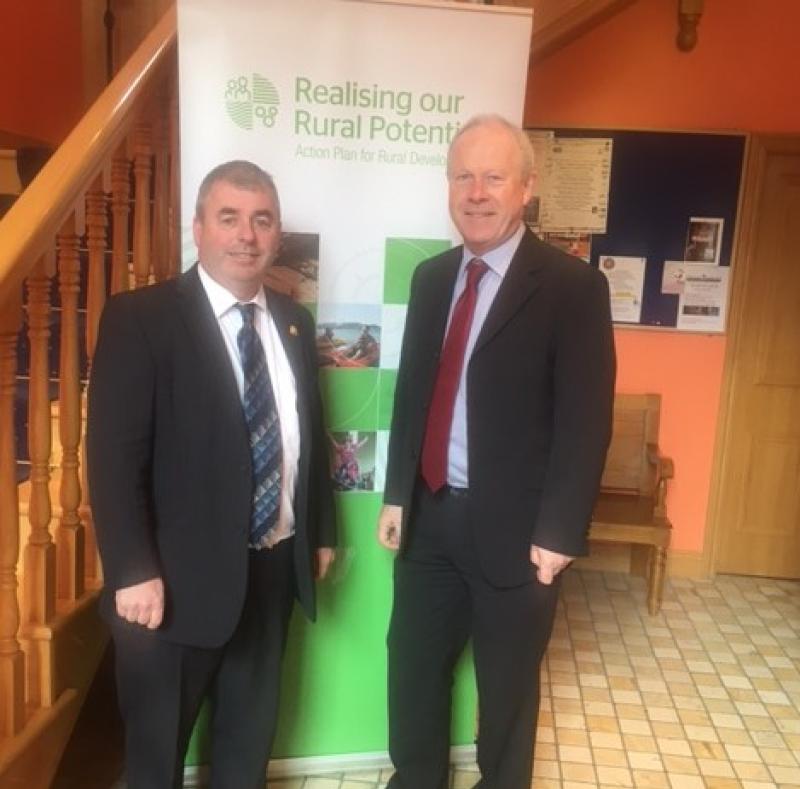 The Minister for Arts, Heritage, Regional, Rural and Gaeltacht Affairs, Heather Humphreys and the Minister of State for Regional Economic Development, Michael Ring, made the announcement at an event in the Tuar Ard Arts Centre, Moate, Co Westmeath today (Thursday, April 13).

Up to 300 towns and villages will benefit from funding under the 2017 Town and Village Renewal Scheme, which will be made available through Local Authorities over the next 15 months to support rural regeneration.

The scheme is specifically targeted at rural towns and villages with populations of less than 10,000.

Applications from towns can range from €20,000 to a maximum of €100,000. Funding of up to €200,000 will also be considered for a limited number of projects which can deliver exceptionally strong economic benefit to a town and its outlying areas.

Deputy Moran said he was particularly delighted that the new funding will also target support for artists and for art works in public spaces which reflect the culture of a town or region and involve participation by local artists, which was a commitment under the Action Plan for Rural Development.

“The Town and Village Renewal Scheme is a key plank in this Government’s ongoing commitment to rural towns and villages and today’s announcement will build upon and sustain the success of the 2016 scheme,” said Deputy Moran.

“The scheme is all about supporting the rejuvenation of towns and villages and projects which demonstrate linkages with wider initiatives to increase the overall impact on town and village revival will be strongly encouraged. I was particularly pleased that Ministers Humphreys and Ring chose Moate in County Westmeath to launch today’’s announcement.”

“Moate and places like Kilbeggan, Ballymore, Rochfortbridge, Ballymahon, Granard and Edgeworthstown are all areas that I would see as having a great opportunity to avail of this new funding,” said Deputy Moran.

“The scheme will again be administered through the Local Authorities, who will be required to work closely with local businesses and local communities to develop and implement ideas that can make a real and sustainable impact in revitalising rural towns and villages across the country. Successful town and village revival is most likely to be achieved where there is close partnership between the community, public and private sectors and I have no doubt that the local authorities in Westmeath and Longford will play a key role in driving funding under this new scheme,” added Deputy Moran.