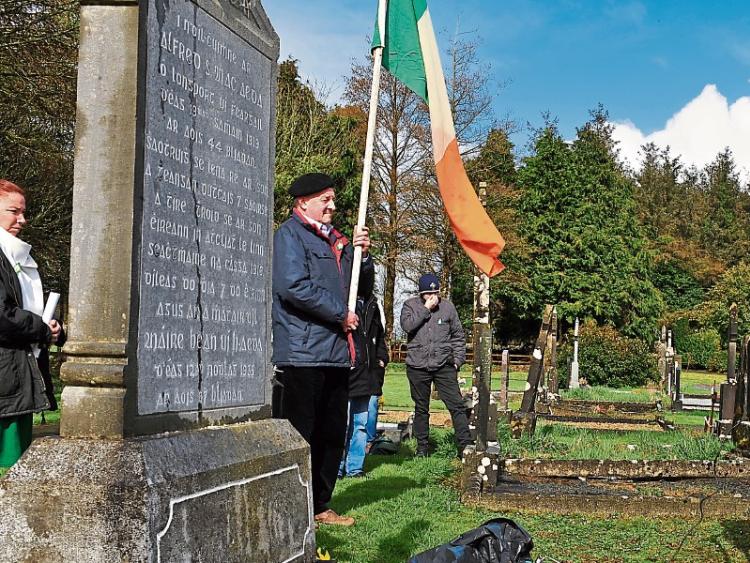 As we marked the 100th anniversary of the Easter Rising of 1916, it is appropriate that we also honour the men and women who, 70 years ago, were engaged in further gallant attempt to end British rule in Ireland and make effective the Proclamation of the all-Ireland Republic of 1916 and Declaration of Independence and Democratic Programme of the first (32 county) Dáil Éireann in 1919.

One of the outstanding men of the 1940s who gave his life so that the Irish people might control their own destiny was Bernard Casey, a Longford man.

Commandant Bernard Casey was shot dead in December 1940 while he was an unarmed prisoner in the Curragh Internment Camp.

At that time, he was one of 640 republican prisoners held behind barbed wire without charge or trial.

Co. Longford Easter Commemoration Committee erected a fine memorial over Bernard’s grave in 1976, with the help of Longford people at home and in New York.

The oration on that occasion was delivered by the President of Republican Sinn Féin, Ruairí Ó’Brádaigh, a native of Longford and longtime associate of the Casey family.

This year’s Easter Commemoration will be held at the graveside of Commandant Bernard Casey at Killoe Old Cemetery on Easter Sunday at 3pm.

A decade of the rosary will be said. The 1916 proclamation will be read. Co Longford Roll of Honour will be read. Wreaths will be laid. Pauric Pearse’s graveside oration at O’Donovan Rossa’s grave will be read:

Wear an Easter lily and honour all those who made the supreme sacrifice for complete freedom of Ireland in every generation.