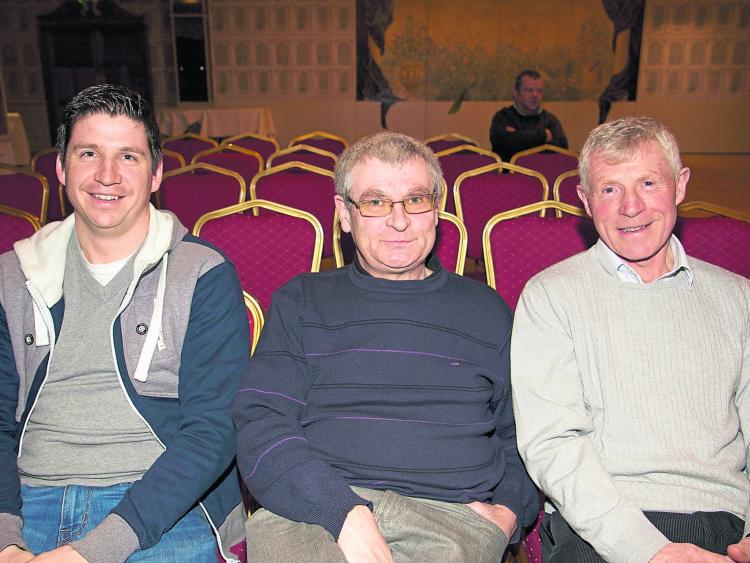 Mr Leddy said it was important that farmers stuck with the organisation as there was “a lot of battles to fight”.

“My work varies from working closely with the co officers to the branch officers within Roscommon, Longford, Sligo and Leitrim,” he added.

“Over my 42 years involved in the Association, the past year has probably proven to be the most difficult year.

“I want to thank everyone for their support because without you and your work in the local branches and at county level IFA would not be what it is today.

Mr Leddy went on to say that IFA membership now stood at 70,000 - a fete he added, that was a great achievement.

There was, however, more work to be done, he warned. He asked members present to encourage those who may “have fallen away” from the Association” in recent times to come back.

Mr Leddy also said that one of his most memorable events over the past 12 months was the occasion in the Rustic Inn in Abbeyshrule earlier this year when those involved in the farmers rights campaign were honoured.

“We marked the 50th anniversary of that and it was a lovely occasion,” he added, before pointing out that they were honoured at both local and national level at the time.

“They are the people that have made this Association what it is today and we all owe a great deal of gratitude to them for what they have done,” IFA’s Development Officer continued.

“IFA needs your support so that we can continue to bring the issues to government and to EU level. “By God do we have issues at the moment - especially with Brexit; we also have the whole CAP review coming up; ANC and so on.

“We will need a strong organisation to continue working on behalf of the farmers of this county and beyond.