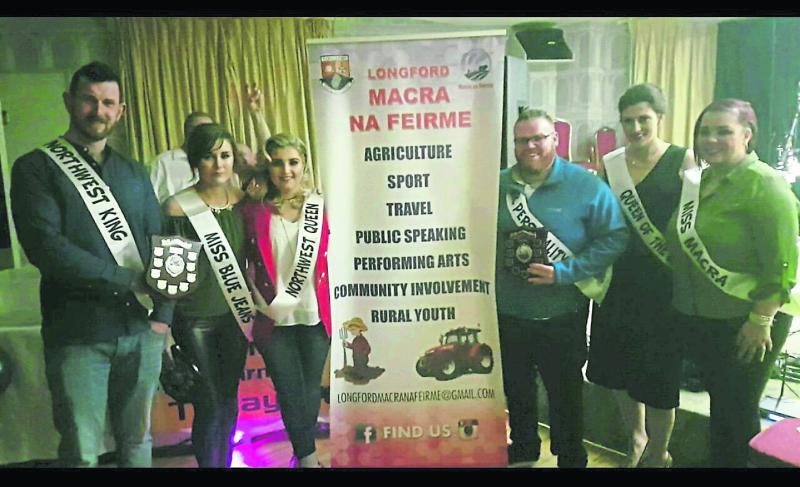 Longford Macra na Feirme held their titles night on February 28 in the Longford Arms Hotel, followed by a great night with Rhythm and Sticks performing.

Six people were chosen out of fifteen contestants who took part on the night to represent Longford in the following competitions:

Longford Macra entered a float in the Longford St Patrick's Day Parade this year and they won the Outstanding Service Award.

Even though it was a wet and windy day, spirits were high and the craic was had!

Kevin Egan of Lanesboro Macra took part in the Comedy Act of the National Talent Competition semi-final in Athboy on Saturday night with his impression of Mícheál Ó Muircheartaigh.

Kevin beat off stiff competition and is now preparing to head to the final of the National Talent Competition being held in Mullingar Arts Centre on April 30.

The new club in Granard is having a launch night this Friday, March 24 at 9.30pm in O'Hara's Bar/The Bay Horse.

Everyone welcome to attend!