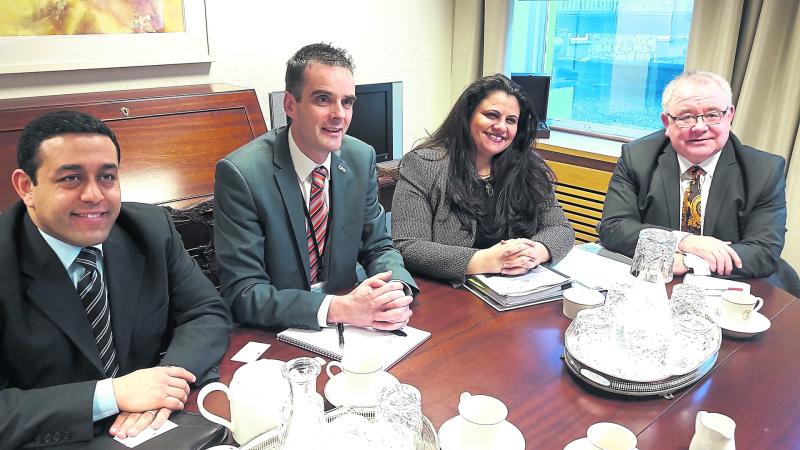 Macra na Feirme recently met with Agriculture Minister Michael Creed to present a submission for an amendment to the Rural Development Programme (RDP).

“Improvements in soil fertility are required but equally investment is required in the infrastructure such as roadways and water infrastructure which drive the utilisation of grass,” he added.

“Our submission fits into the Department of Agriculture, Food and the Marine 2017 year of ‘Sustainable Grassland’ initiative.

“A scheme which incentivises investment in grazing infrastructure is required.”

He went on to say that implementation of this proposal would result in investment at farm level which would aid the strategic development of the industry.

“Not only would there be an economic return on investment but also an environmental and sustainability return,” he continued.

“The need for a scheme of this nature has been verified by a recent Macra na Feirme survey of young farmers where 89% of respondents want a grazing infrastructure scheme included under TAMS.”

It also suggests that planning permission would not be required for the road and water infrastructure and the cost of establishing the water source i.e. well drilling, would not be included in the scheme.

Also included is that water infrastructure would include the pipe and trough infrastructure from the source to the grazing platform and a farm plan that would outline the new farm road network, water pipe and troughs network to be installed, completed and submitted with the application for the grant.

“Macra na Feirme look forward to discussing the proposal further with all stakeholders.”