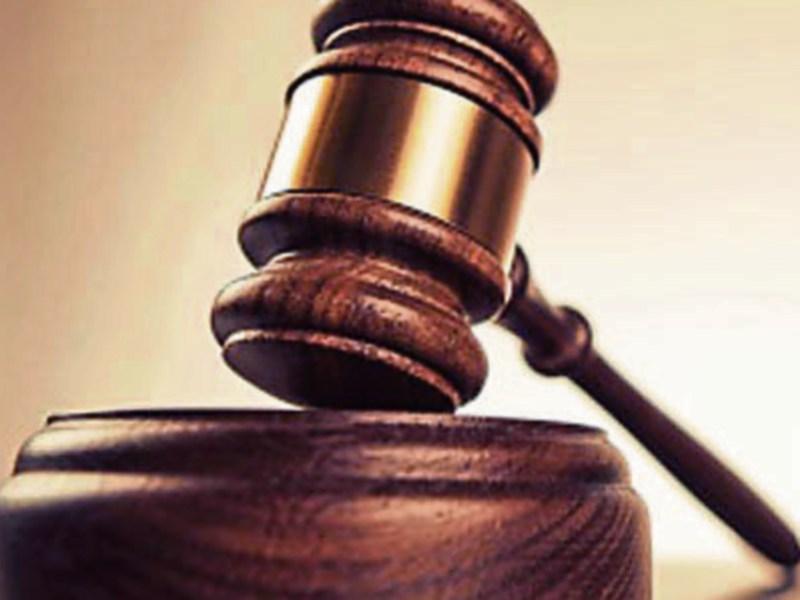 A man who robbed money and cattle feed from his neighbour was ordered to comply with the orders of the Department of Agriculture, Food and the Marine or face jail during a hearing into the matter at last week’s sitting of Longford District Court.

James Casey (47), Lismacmanus, Lanesboro, Co Longford appeared before Judge Seamus Hughes charged with trespassing at the home of James Mullooly at Gurteegan, Lanesboro and stealing milk replacer on May 15, 2016.

Outlining the evidence to the court, Garda Egan said that on May 17 last, Mr Mullooly told gardaí that his house had been entered on a number of occasions by an individual.

Garda Egan said that the injured party highlighted that money had been taken on one occasion and that cattle feed had been taken from a storage area on his farm.

“We put a sting operation in place on May 22, 2016 and we caught Mr Casey on the premises of the injured party,” continued Garda Egan.

“He entered Mr Mullooly’s house and took money and a tin of biscuits; he also took milk replacer [for cattle].

“When the Gardaí spoke to Mr Casey, he admitted the offences and was taken to Longford Garda Station.”

The court also heard that on the date of the sting operation, the defendant had been driving a vehicle that was not insured.

Garda Egan then continued with his evidence.

“I noticed a smell of dead animals, but was not in a position to investigate the matter further, so I went back a couple of days later and I discovered a pile of dead animals - two weanling calves and three or four sheep - on the farm of Mr Casey.

“I would say that the animals were there for at least a week.”

The local garda went on to say that it also appeared to him that an attempt had been made to burn the carcuses of the dead animals with petrol.

“On May 18 last, I was patrolling the area when I saw 12 cattle wandering on the road,” the Garda continued.

“I recognised them as belonging to James Casey who has about 60 acres of land with approximately 40 cattle and 80 sheep on the land.

“He is buying meal and is overstocked.”

“He is not a great manager, lives alone and has no way of feeding these animals.”

The court went on to hear that Mr Casey’s mother died three years ago and the defendant had two brothers who did not live locally.

“This situation has been going on for a few years and the injured party in this case has helped the defendant a lot in the past,” continued Garda Egan.

“Mr Mullooly has given feed to Mr Casey for the animals and everything.”

In his direct evidence to the court, Mr Mullooly  said the court hearing was a very sad day for him.

“He was my friend and I trusted him; he worked for me and I worked for him, and the last straw for me was him breaking into my house and stealing from me.”

Mr Mullooly went on to say that the defendant’s cattle were hungry and he had no meal to feed them.

He became suspicious, he said, when he began to notice meal disappearing from his farm.

“I was suspicious of Mr Casey from the start,” he added.

“I tried to help him; we got stock, we sold on a couple of occasions - I was just trying to help him as best I could.

“This is a farm with grass on it; farming is tough and you can’t do it on your own.

Garda Egan then told Judge Hughes that he had visited the farm as recently as last week.

“The place is not good, judge,” the Garda continued.

“There is no feeding facilities on the farm - there is years old silage still there; it can’t be used and there are four or five new bales since that.

“There is also cattle on the land all year round.

“The neighbours in the area are all fed up with Mr Casey; they tried to help him for years and they have had enough,”

Mr Sweeney, veterinary expert with the Department of Agriculture, Food and the Marine was next to give evidence in the case.

He said there were a number of issues with Mr Casey and pointed to the fact that he was “very hard to lead or to drive”.

“Mr Casey tries to do his best, but he doesn’t see the big picture,” the veterinary expert continued.

“He sold no stock last year - he stocks a commonage area that is on a turloch, and in winter there are animal welfare issues,

“He is owed money by the Department, but the Department is claiming that there was an overpayment made when his mother was running the farm.

“At the minute his herd is out of test, but a test is booked for next week.

“He also has calves to tag - in fact he has other animals to tag and he hasn’t even ordered the tags yet.”

In mitigation, the defendant’s solicitor John Quinn said that his client was also a victim in the saga.

“He had the trust and assistance of his neighbours and was caring for his mother,” Mr Quinn continued, before pointing out that after her death his client was left to run the farm and held a “slight dysfunctional aspect to doing his chores”.

“He needs help; one of his brothers did help him financially last year.”

Mr Quinn went on to say that what Mr Casey had done to Mr Mullooly was “mean”.

“It was a mean offence what he did to his neighbour, but he believes that he can pay Mr Mullooly back €300.

“He did co-operate with the Gardaí and will comply with all the orders of the court in respect of the matter.”

Following  his deliberations on the case and with the help of Mr Sweeney, Judge Hughes ordered the defendant to get his cattle tested; get tags; have a BVD test carried out and reduce his stock to 10 animals.

“You were caught red-handed stealing from your neighbour Mr Casey and trespassing at his house,” fumed Judge Hughes.

“It appears that you took at least €600 worth of meal from Mr Mullooly.

“I’ll give you two months to sell the cattle and pay back the money to Mr Mullooly.

“Get your business in order, that is all I have to say to you.”

Before concluding matters, Judge Hughes also ordered Mr Sweeney to “keep an eye on things” at the defendant's  farm.

“I want you to call to that farm and keep an eye on things there,” the Judge added.

“I also want a progress report in a few weeks time.”

After convicting the defendant of driving with no insurance, Judge Hughes disqualified him from driving for two years and fined him €250.

The Judge subsequently adjourned proceedings until May 2 next.