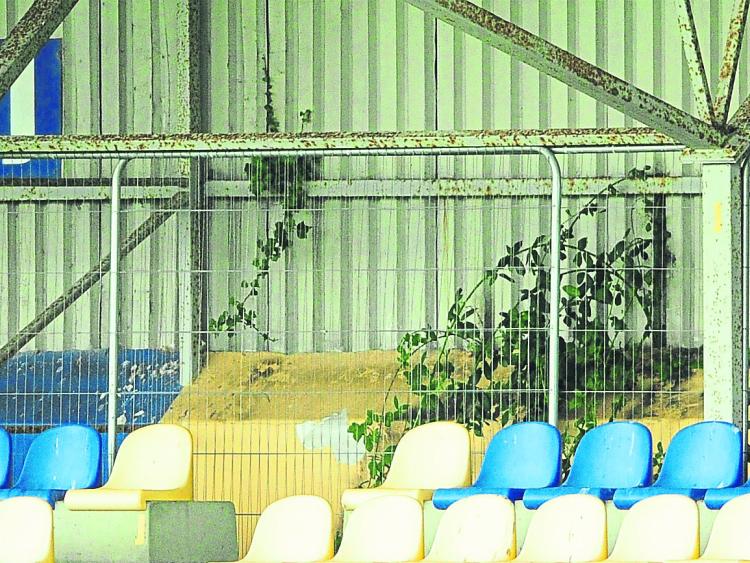 Why in God's name did it take so long? That's the question that I expect is going to receive attention, before anyone is happy.

There's certainly something very wrong with how Longford County Board conducted its business on behalf of the people of the county, with regard to the famous stand, which it was vigorously claimed had to be taken down, based, we were told, on a report from experts.

At least four years after it should have happened, the Pearse Park Stand is finally being refurbished.

After more rumour and counter rumour than Machiavelli himself could have created, with spin and stories being propagated by certain people to spread the latest story, and every attempt possible by people who should know better to stop anything happening, again and again, the stand is finally being upgraded.

Some of it will come down, and we'll be left with the original structure, but refurbished.

At least we'll have somewhere to sit when it rains!

The terraces will be given attention, and other aspects that serve to make Pearse Park more like something approaching the twenty first century, rather than the outdated facility currently being passed off as a park.

But it's ours, and we're proud of it.

A group of experts were hired who found more reasons to tear the stand down than anyone could contemplate.

Nobody believed it, certainly not me.

A veritable litany of horrors was the content of their report.

Meanwhile the group hired were compensated.

How much, one wonders?

This is the County Board who claimed to be transparent.

The plain people of Longford, of course, raised their eyes each time another blockage was erected, as another proposal was voted down.

Local men seemed perplexed from the outset when a figure of €15 (fifteen) million was first quoted by the experts, in a report which identified several areas of the stand that were stressed and under strain and couldn't possibly be left intact.

Strange then, that another expert, who has done construction in several GAA pitches around Ireland, the latest being Pairc Uí Chaoimh, in Cork, found most of the "stressed" areas to be absolutely secure safe, and quite properly installed.

The man expressed surprise at the first finding, further comment he would not make.

Incredible since the same people who erected the steel are renowned for doing things properly, meticulous to a fault, no matter where they work in England, Ireland, the North or further afield.

Much of their work was concerned specifically with various GAA grounds including some not too far away.

We're a strange people in Longford.

Those whose job it is to look after the development and furtherance of the GAA within the county seem to have been key to political decisions to delay every attempt to fix the stand.

Who signed off on the Park in the first place?

What input had Longford County Council - who ultimately oversee all buildings in the area - to the job when it was concluding? They make damn sure to check somebody's sewerage, and rightly, so who exactly, was in charge of Pearse Park?

Why was everyone told repeatedly that "the stand had to come down"?

Who hired the original experts?

Why were unfounded rumours allowed to gain such traction?

It's a sorry story.

Maybe the delegates will find their tongues and ask some hard questions, and refuse to be fobbed off, as is the way of the GAA hierarchy.

"Not answering that question tonight", is a pathetic sidestep.

Just because someone refuses to answer, doesn't mean the question should be left unanswered. Ask Mick Wallace.

After all, who runs the GAA, really?

It took a real Longford man, who is still an official, with great contacts in headquarters, to tell Croke Park the facts of the matter, just as the stand was about to be demolished.

It will be shameful if it's just left at that.