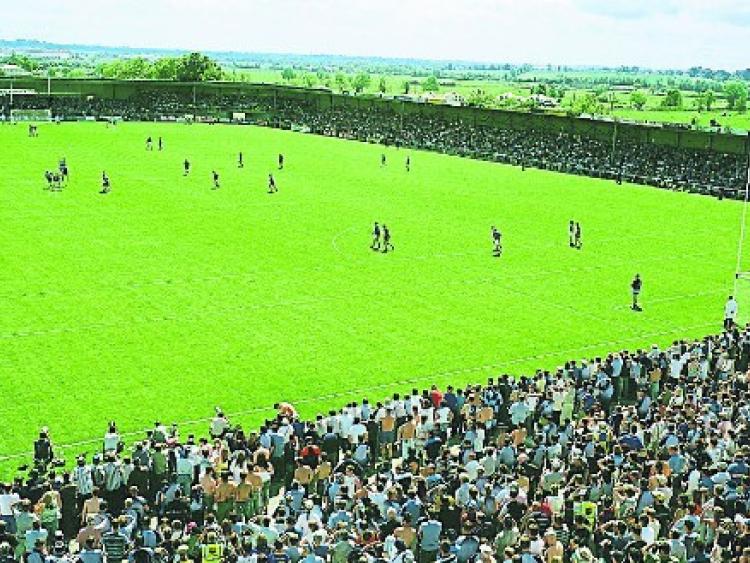 It has been revealed this week that €2 million will have to be spent at Glennon Brothers Pearse Park as part of the solution to render the south, southwest and west seated stands fit for purpose.

Refurbishment estimates, ranging from €300,000 to €7.1 million and even a staggering €15 million move to a greenfield site, were previously touted during a controversial saga that has dominated GAA affairs locally since 2014.

However, last Tuesday week’s specially convened meeting of Longford GAA County Committee and club officers was informed that €2m would be the cost of an effective solution.

Subsidence issues first emerged beneath the south west corner stand area in June 2014 and by February 2015, following recommendations contained in a Collins Boyd Engineers & Architects visual inspection report, sections of the stand were cordoned off.

Two months later, with investigations ongoing, including underground drilling, a decision was taken on health and safety grounds to close the entire seated stand area.

There was also no seated covered accommodation for county final spectators in 2015 and ‘16 and that situation is likely to continue for this year’s showcase game.

In August 2015, another report prepared by Collins Boyd, recommended that the only commercially viable solution to deal with the issues identified was to demolish, redesign and rebuild the seated stands.

The price tag associated with this fix was approximately €7.1m and unhappy with this, County Board delegates demanded that other possible solution options be explored.

A Development Sub-committee, under the chairmanship of Kenagh’s Colm Murray, was appointed and last Summer, a British company investigated whether a resin based underpinning of the stand was possible.

Beforehand, the trio revealed their findings to Longford GAA’s Management Committee and the Development Sub-committee.

Mr Teehan explained, “Jack O’Leary outlined in detail the specifics of the solution which will involve part demolition and part refurbishment. He stated that the main areas of defect identified were in relation to the foundations which were considered substandard in size and the bearing orientation of the subsoil.”

Mr O’Leary further stated that the remedy would not necessitate replacement of the present steel structure or the precast concrete units.

Longford GAA Secretary Peter O’Reilly said Mr O’Leary’s proposal met with the approval of those present and it will, next week, go before the NFHSC for formal approval.

There is no defined timeline in relation to when refurbishment work will commence and Mr O’Reilly added, “Before the tendering process can commence Longford GAA will firstly have to put in place a detailed financial plan for approval by the National Financial Management Committee.”