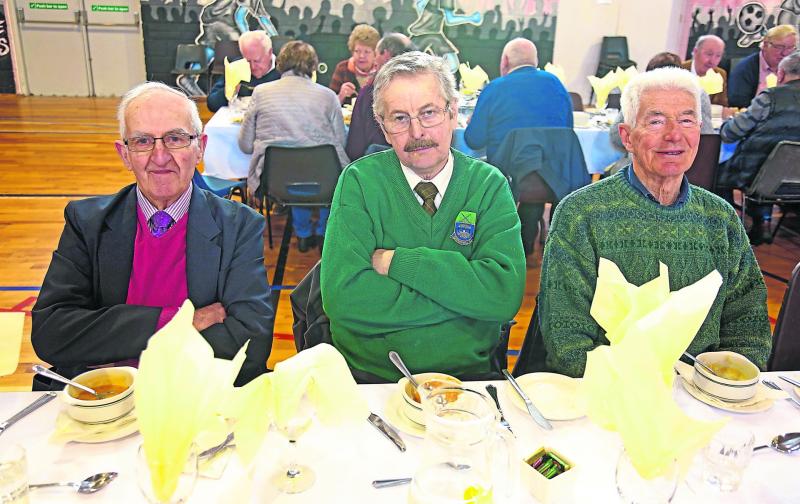 The Streete Parish Park committee were so thrilled with the turnout for their ‘Golden Years’ party on Sunday, February 26 last that they’re thinking of making it an annual thing.

That’s according to Kevin Brady, one of the organisers of the event, who said an incredible 81 people turned up on the day.

“That’s a huge turnout for such a rural parish. We had loads of spot prizes and people were very kind bringing donations of bottles of wine and other prizes,” he said.

People arrived at the event at 3pm on Sunday and enjoyed a four-course meal provided by Feerick’s Hotel, Rathowen.

The meal was followed by entertainment, which included step-dancing by Shane and Óisín Fahy, a tin whistle performance by Tara Fagan, and performances by Grace, Erin and James Ross and Eimear and Niamh Kiernan.

The guests were then treated to live music from local musicians, Bernie Tighe, Jimmy Leavey, Billy Ryan and Davey Harris

“All corners of the parish were represented. I don’t think there was one house who didn’t have someone show up,” said Mr Brady.

“As a committee, we’re very active and if we decide we’re going to do something, we stick with it and we get it done. This was all about pulling the community together and giving something back to those who have been giving to the community for a long time.”