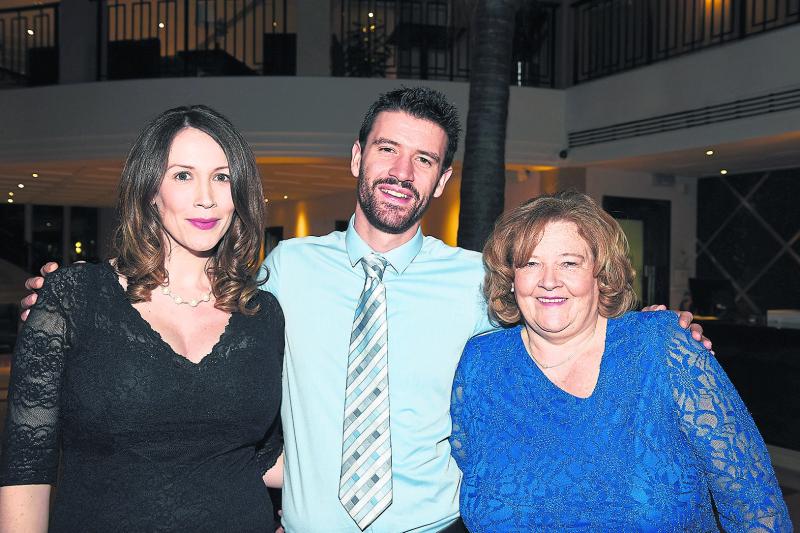 The 62nd Longford Association in London Dinner and Dance took place on February 18 last in the Clayton Crown Hotel, Cricklewood.

And, once again there was a large gathering by Longfordians from near and far.

MC for the night Ciaran McGann and vice Chairman of the Association welcomed everyone before introducing Irish dancers from Scoile Rince Ryan/Lavelle all of whom went down a storm.

It seems the atmosphere for the night had been set.

President Frank Gill then spoke about loved ones who were lost during the year and he also invited Father Seamus Connell to give grace before dinner.

After a wonderful meal, the speeches were delivered and the Association’s Vice President, Phil Brady give a toast to Ireland.

Her father John hails from Ballinroey, Dring in north Longford and she told those present on the night that she had been a frequent visitor to the area throughout her life.

Chairman of Longford County Council Mick Cahill, then addressed those present and spoke eloquently of a young Aiden Ganly, back in the day.

Aiden Ganly is now the chairman of the Longford Association in London and it was he who rounded the speeches up when he thanked all the guests for their attendance including CEO, Longford Co Council Paddy Mahon and his wife Marie.

Liam Caldwell from the Longford Association Dublin; former TD for Longford/Westmeath Peter Kelly and his wife Maura also got special mention on the night and best wishes were sent to Longford native Martin Skelly who, at that stage, was in the bidding to become the next GAA president.

Congratulations were sent to the Longford Ladies side on their victorious 2016 and the Association will work with Centre Parcs with regards to running a float to promote Co Longford in this year’s London St Patrick’s Day Parade.

Sponsors of the night included Paddy Cowan and The Irish World; Horohoe of Horohoe Construction and Frank Kane of LF Solutions Ltd.

Mr Kane was unable to attend last week’s event in London because he was opening his new bar in New york city.

The night ended with some great music, lots of dancing and plenty of chat as all those associated to Co Longford gathered together for what turned out to be a great night’s craic agus ceoil.