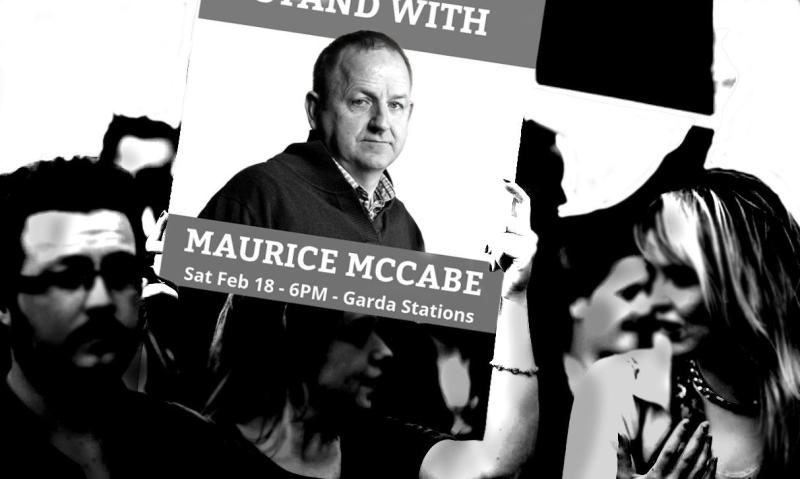 A vigil will be held at Longford Garda Station this Saturday (February 18) at 6pm to support Maurice McCabe and other Garda whistleblowers.

John Stokes, of Éirígí, told the Longford Leader that the vigil will show public support and solidarity with Maurice McCabe and all guards who need protection for speaking out against wrongdoing.

Mr Stokes urged people to join them for an hour tomorrow at Longford Garda Station.

Vigils and gatherings are being held at Garda Stations across the country as a grassroots movement, Uplift, has sprung into action.

Uplift members have organised fifteen vigils and Siobhan O'Donoghue of Uplift said. “The grassroots nature of this- they way people from all of walks of life are taking action across the country - shows just how deeply shocked the nation has been by the scandal of how Maurice McCabe was treated.”

She added, “Uplift members have been calling for the Garda Commissioner to stand aside as the smear campaign against Maurice McCabe is investigated.  We deserve a police force we can trust - and we deserve answers and accountability - sooner rather than later.”

Ms O'Donoghue clarified that these demonstrations were about expressing disappointment and anger - but also hope and solidarity.

“There are decent Gardaí in every county and town in Ireland - they shouldn’t have to live in fear about coming forward if they see something wrong - our democracy needs whistleblowers - and they should be protected and supported - not smeared and abused.”