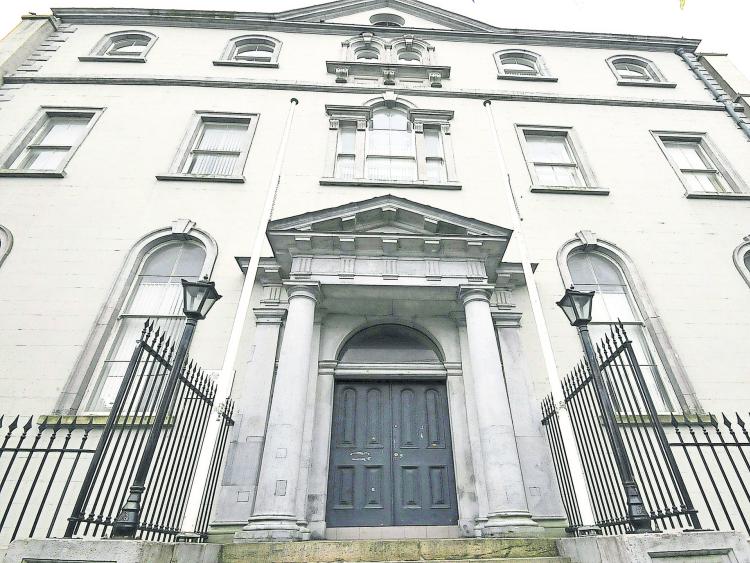 A man who appeared at last week’s sitting of Longford District Court charged under the Misuse of Drugs Act was sentenced to nine months in prison following a hearing into the matter.
Rihards Lavickis (24), Annaly Court, Longford appeared before Judge Seamus Hughes charged with possession of drugs for sale or supply at 2 Annaly Court, Longford on February 11, 2016.
He was also further charged with being in possession of eight bags of cocaine valued at €320 on the same date, and of being in possession of a deal of cocaine at Geraldine Terrace, Longford on February 2, 2016.
He was also charged with being in possession of 18 knotted bags of cocaine valued at €465 at 2 Annaly Court, Longford on August 19 last.
Outlining the evidence to the court, Garda Karl Foley said that on the date in question at approximately 1:06am, he was on patrol in Longford town when he was alerted to an incident that was taking place at Geraldine Terrace.
“Garda Delaney was observing the CCTV of Longford town when he noticed some activity between males in the area,” the Garda continued.
“I made my way to the vicinity and there I searched a male.”
The court went on hear that after searching the man, Garda Foley discovered a “deal of cocaine” on him.
The Garda spoke to the man about the situation and went back to view CCTV footage in respect of the matter, the court was told.
“When I viewed the CCTV, I observed the defendant handing a deal to the person I found with cocaine,” Garda Foley said.
Meanwhile, the court was told that Garda Foley was on mobile patrol at approximately 10:25am on August 19 last in the Grafton Court area of Longford town when he observed the defendant “interacting” with another male in a car.
“Mr Lavickis would be a target of ours [the Gardaí at the drugs division],” the Garda continued.
“We spoke to him and he was found in possession of cash and a mobile phone.
“We then searched his apartment and found 18 knotted bags of cocaine which was over six grammes in weight; 65 ecstasy tablets and a small amount of cannabis herb.”
The court also heard that €170 in cash was seized on the day.
“This man is heavily involved in drugs distribution in Longford town,” Garda Foley then told Longford District Court.
“He is doing it for monetary gain and has admitted to gaining profit from his involvement.
“He is doing it for the last three or four years.”
The court also heard that the defendant had 16 previous convictions including possession of drugs.
In mitigation the defendant’s solicitor Frank Gearty said his client had more serious problems in front of him as he was currently before the courts charged with murder.
“He is facing a charge of murder and has been remanded in custody as a result of that,” the solicitor added.
“He applied for bail in the High Court but it was refused.”
Mr Gearty went on to say that the defendant acknowledged his guilt in respect of the matters before Longford District Court last Tuesday and highlighted his client’s “substantial cooperation” with the Gardaí with regards to those matters.
“While he did profit, he certainly would not be a person who would be the master of this,” the solicitor continued.
Judge Hughes then added; “Of course the big boys in this are in Dublin or sunny Spain - we know this”.
Mr Gearty then continued in mitigation.
“Mr Lavickis has a partner and small child and is missing his child a lot at the moment,” Mr Gearty said before pointing out that his client was a Latvian national.
“He will take the consequences of his actions.”
The court was also told that the defendant had lived in Ireland for “many years” and had lost two brothers - one was murdered in prison in Latvia while the other died from a drugs overdose.
“He has a lot of family in Longford; his wife works as a cleaner and he too had been gainfully employed in Longford,” the local solicitor pointed out to the court.
“He acknowledges that what he had gotten himself into has caused great damage to others.”
Following his deliberations on the matter, Judge Hughes handed down two consecutive three month sentences before concluding matters and a further six months sentence for the offence at Geraldine Terrace, Longford.