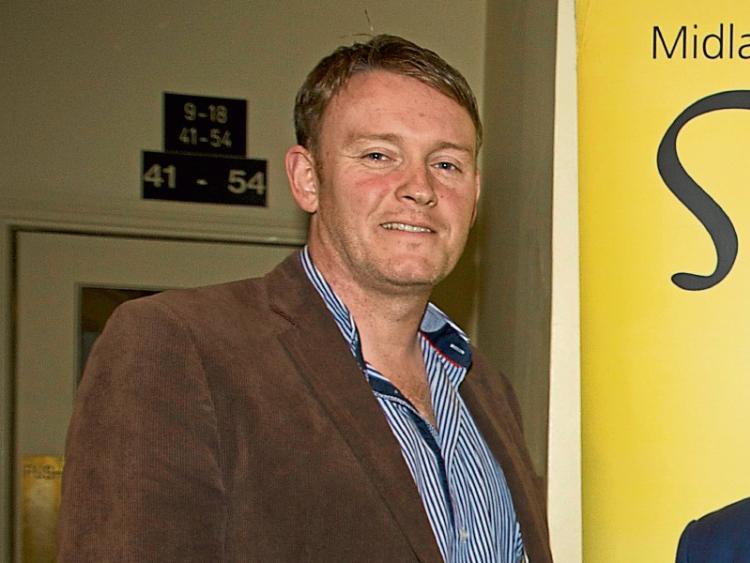 Health Minister Simon Harris is facing fresh political pressure this week, this time from his own party colleagues in Longford.

Cllr Carrigy spoke at length on the topic at last week's meeting of Longford County Council.

“For a lot of people with special needs there is no long term housing for them or funding in place for houses,” he said, labelling present impasse as “unacceptable”.

Cllr Carrigy told the meeting he had a specific interest in the area and would be speaking to Mr Harris in person over the next number of  days.

“It is something we need to push very hard on so that the people that need it have the funding in place,” he added.

The Longford businessman said there was much to admire about the part played by vested stakeholder groups in furthering those claims.

“You only have to look at the work that St Christopher's does for its clients,” he stated.

“And very often societies are judged by how they treat those who are less able and vulnerable.”

One of the few members who could comment with discernible knowledge on the issue was Cllr Pat O'Toole.

The head of St Christopher's said the changing  goalposts in relation to securing monies under the State's Capital Assistance Scheme meant the HSE had to be part of any prospective request for funding.

“If you are going for a new application there has to be a letter of support from the HSE with it and that letter has to be on the file,” he advised.

Upon listening to Cllr O'Toole's suggestions, Cllr Carrigy asked for his earlier notice of motion to be reworded accordingly.

Cllr Mae Sexton said she had little difficulty in following previous speakers in support of the call, but warned of the difficulties that may come when respective applications are made.

“It certainly should concern us all because you can't even apply for long term housing for special needs unless you can guarantee the funding to service it,” she remarked.

Cllr Peggy Nolan was just as circumspect, saying greater transparency was needed as to how local authorities could avail of supplementary funding streams.