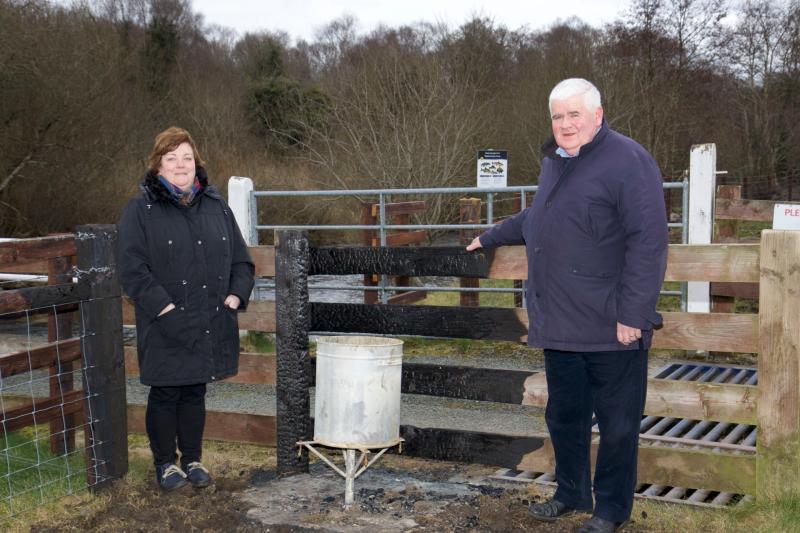 Above: Fiona and PJ Reilly pictured alongside the vandalism that was committed on their land recently. Below: An idyllic shot of PJ Reilly's land. Photos: Michelle Ghee. www.gphotos.ie

Vandals who trespassed onto private property to carry out a string of indiscriminate acts of criminal damage have been branded “disgraceful” this week.

Cllr PJ Reilly hit out at the culprits behind the incident which took place on his own lands and along the shores of one of Abbeylara’s most scenic locations, Lough Derragh.

The Fianna Fail councillor had been at home on January 27 last and preparing to go to bed when a neighbour phoned him shortly before midnight, alerting him to a possible fire on his land.

Accompanied by his wife Fiona, the pair took off to investigate and were immediately stunned by what they saw.

“When I got there at first I thought it may have been a car that was set on fire but as we got closer you could see a bin was on fire and the fence was also alight,” he said.

The quick thinking local politician managed to stem the rising flames himself by throwing water onto the affected area before reporting the incident to local gardai.

Less than three weeks on, Cllr Reilly said he still cannot come to terms with how or why vandals would want to target such an unspoilt and well utilised stretch of environmental beauty.

“This is private land and is a private right of way that people can access by consent of the owner. It really is disgraceful to see an incident like this in rural Ireland and in an area that the general public often use and yet you have this type of vandalism taking place,” he said.

To make matters worse, and in a separate incident a couple of weeks earlier a public tourism sign was ripped down and stolen while a second bin was forcibly removed and thrown into a ditch. 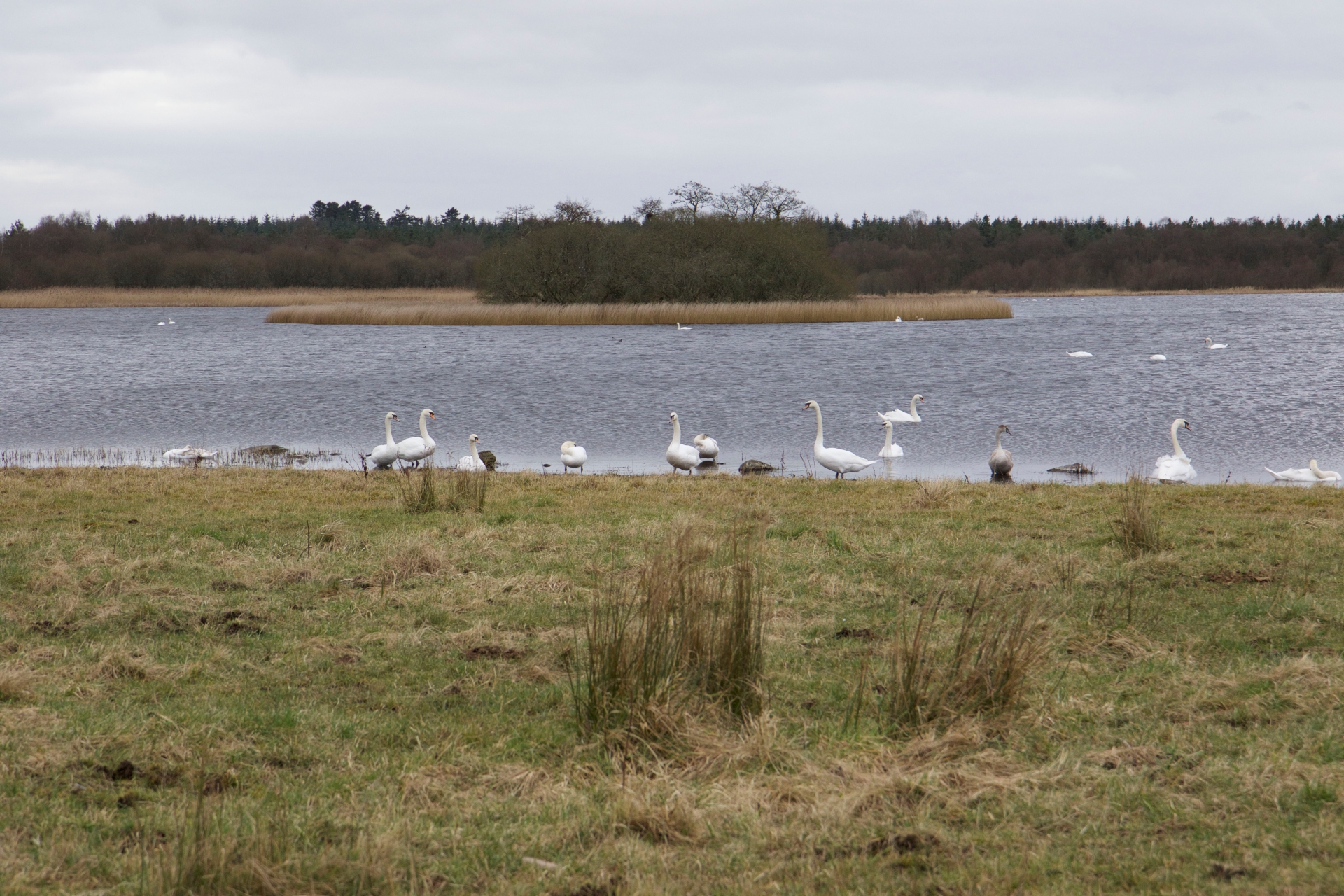 The County Council Leas Cathaoirleach also revealed the eventual clean up bill, when summated, would not fall at his door but rather at the expense of the taxpaying public.

“Longford County Council provided the bins so unfortunately they will have to deal with that side of it. It just goes to show you that despite the fact this is private property and despite amenities being available for people to enjoy, the respect landowners do get."

And while he has no clue as to the identity of those involved, Cllr Reilly gave a strong indication as to who he believed may have carried out the incident.

“This is what I would call petty crime, youngsters coming in a car to set something alight just for devilment,” he said.