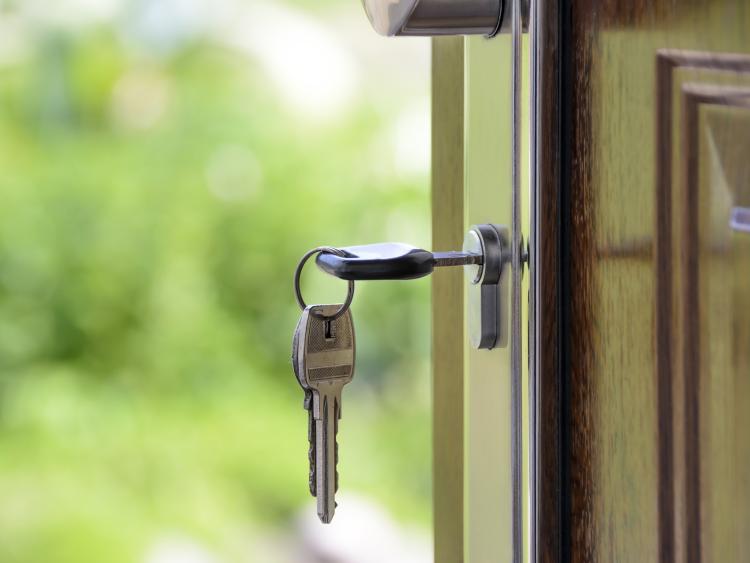 Longford continues to have the highest level of mortgage default in the country, standing at 12.7%.

That’s according to a new report by Moody's Investors Service.

In February 2015, Central Bank figures showed that Longford, at 19%, also had the highest level of residential mortgage arrears in the country.

She added, “We expect house prices to rise by up to 5% over the next 12-18 months, which is credit positive for several sectors, namely Irish banks and mortgage securities.”

In 2017, Moody's forecasts the supply shortage and looser lending rules will push up Irish house prices by up to 5%.

However, exposures to borrowers in long-term arrears (720 days or more) and those in negative equity, are still high.

The balances of loans in negative equity have fallen significantly. The share of domestic mortgages with LTV (loan-to-value) ratios above 100% for the four largest banks Moody's rates has decreased, to 26% as of December 2015 from 50% as of December 2013.

While the use of restructuring solutions by the banks has contributed greatly to resolving mortgage arrears, it also resulted in the build-up of a large layer of forborne loans on Irish banks' balance sheets, (nearly €20 billion for the four largest rated banks at the end of 2015, or 20% of the total mortgage lending in Ireland).

A larger part of these loans are currently performing, but they have a higher risk of eventually re-defaulting, compared to mortgages which have never been forborne. 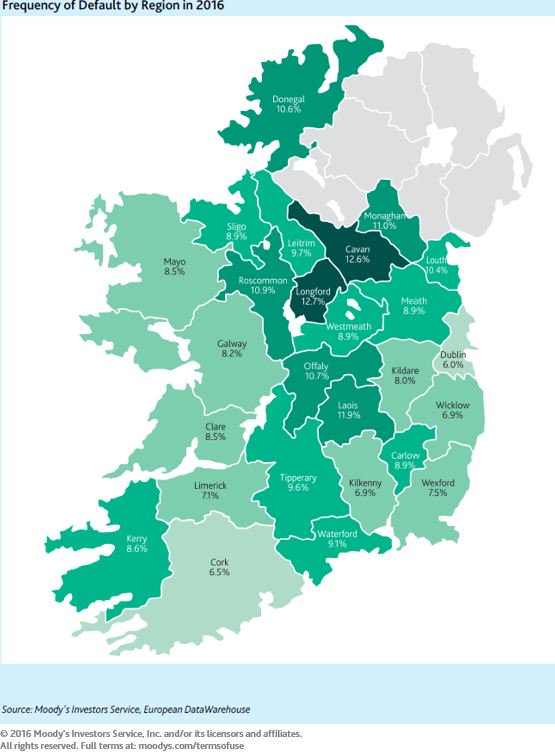 Some restructuring solutions employed by the banks are short-term in nature (such as interest-only, reduced payment and payment concession arrangements).

Moody's nevertheless considers that the use of long-term sustainable restructuring methods will continue to aid the banks in resolution of non-performing mortgages and, in particular, will help to address the long-term arrears in a more efficient manner than through repossessions.

Longford has highest level of residential mortgage arrears in country