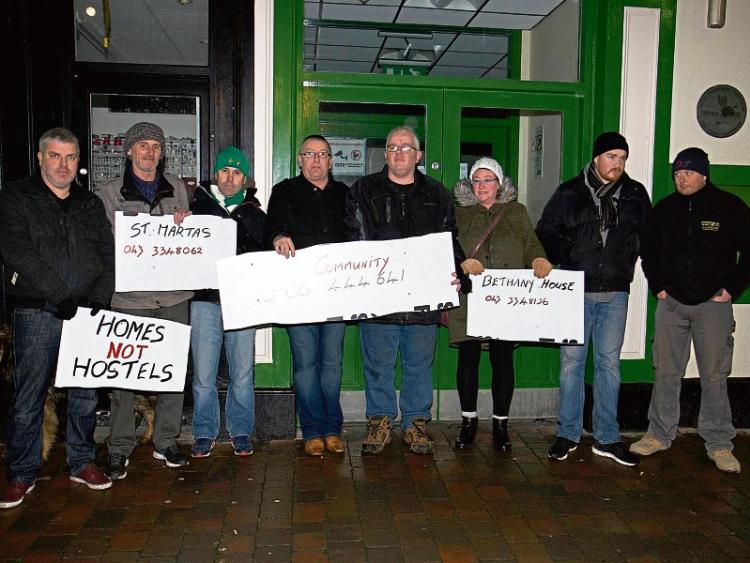 Recently, in this column I highlighted the plight of the homeless. Even more recently, the imposition of 200 refugees into Ballaghaderreen was passed without a murmur, almost.

Strangely, in Dublin City, any consideration of placing refugees into society would be subject to consultation, met with an aggressive response, and no way would such a thing happen.

I guess we're more prepared to allow others live on this earth, in the country.

Following a recent article on the homeless, I was struck by the number of well off people who expressed a certain derision that such a thing could be proposed - ie opening St Mel’s Cathedral to the homeless at night.

All sorts of excuses were put forward, each by someone well off, and comfortable in their own situation.

Most that I spoke to are genuine great friends of mine.

Mind you, a far greater majority responded very positively, and made the point that it's time the Catholic Church woke up to the crisis in  Irish society.

What would be wrong with opening the Cathedral to the homeless?

Of course it would have to be run as an alcohol free zone for the duration of the night, but beyond that and basic human manners, there's little damaging could be caused.

I see in Rome, Pope Francis has ordered Vatican cars to be made available to people with nowhere to shelter from the horrendous snow storm that has engulfed the city.

Maybe some of our clerical friends should take note...

Ultimately, it's not beds we need of course, its rooms, and not in hotels which are clinical, profit-motivated operations from the moment anyone enters the front door.

If you knew how the refugees live in these places, you'd know how little care is given to their plight. Much better altogether not to permit them to come to Ireland at all.

It's a false promissory note they receive on arrival, maybe they'd think twice if given any choice as to the reality of their future situation.

I recently met some people who'd been in refugee accommodation for almost five years.

My goodness, does anyone care at all?

The way refugees are treated - and this is NOT treated as a temporary measure. Indeed it's well recognised that successive Irish Governments have deliberately maintained refugee centres all around Ireland rather than create the impression that they're welcome.

Back in 1992 I recall being in one place, down south, where a former convent was bought by a local 'entrepreneur' which was planned for homeless accommodation.

The refugees were living in relative poverty, with nowhere to go, except stay in the centre. Children grew up there.

The current government is spending millions to backup the presence of refugees in Ballaghadereen.

Yet, we cannot 'afford' to house our own people.

Unless something serious is done, immediately, it will get far worse.

Banks will repossess another 25,000 leaving families evicted, it's estimated.

Activists are attention seekers, is the mantra from some members of Dublin City Council. However, if we didn't have well known activists in Apollo House, the security forces would have been sent in to take action.

It's a bit risky to do that when several photos could appear on front pages.

Thank God we have some activists.

That said, I still think that Cathedrals around the country should be open at night to the homeless.